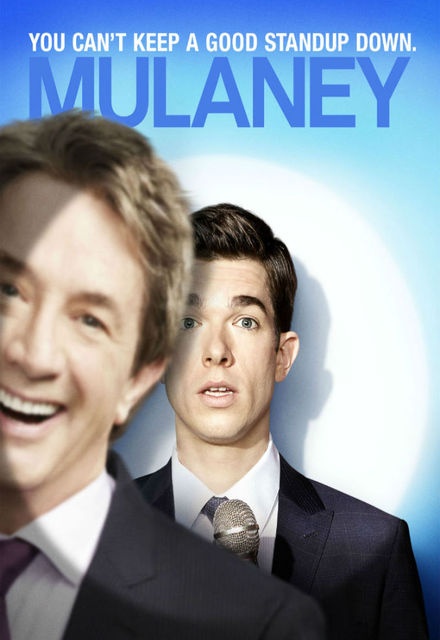 Avg Rating (0)
Your Rating
Sundays, 9:30 PM EST on FOX
Tracked 1,148 Times
Concluded
1 Seasons, 13 Episodes
30 Minutes
Buy or StreamAmazonAmazon UK
Canceled Comedy FOX Sitcom
Mulaney, from Universal TV, Broadway Video and 3 Arts, centers on a rising stand-up comic (Mulaney) trying to take his career to the next level and the friends and mentors who lift him up, hold him back and push him around. Martin Short co-stars as the boss, and Elliott Gould, Nasim Pedrad, Seaton Smith and Zack Pearlman round out the cast. Mulaney is exec produced by Lorne Michaels, David Miner, Dave Becky, Jon Pollack, Andrew Singer and Ackerman.
Share on:

John Mulaney can't act and should just stick to writing, the acting really ruins it. I would've considered watching more episodes without John Mulaney as an actor, because it wasn't unfunny, but I must say, it wasn't that funny either, it was just slightly enjoyable.

John Mulaney's standup is great, but this show... oof. It's not worthy of anyone involved with it.

ALL REVIEWS FOR MULANEY »