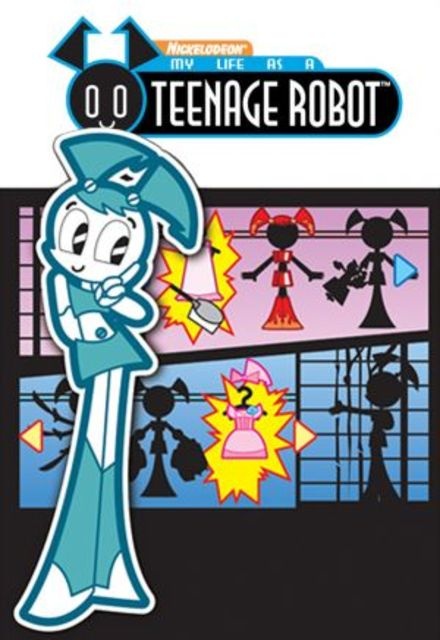 My Life as a Teenage Robot

Concluded (United States)
3 Seasons, 39 Episodes
30 Minutes
47 tracks
Buy or StreamAmazonAmazon UK
Big Kids Cartoons & Animations
XJ-9 ("Jenny Wakeman", as she prefers to be called) is a state-of-the-art gynoid automaton sophisticated robot created by her mother Dr. Nora Wakeman, an elderly spinster robotics scientist, five years prior to the series. Jenny is Earth's protector, armed-to-the-teeth with a wide range of weapons and devices, but all she really wants is to live the life of a normal teenager.
Share on: