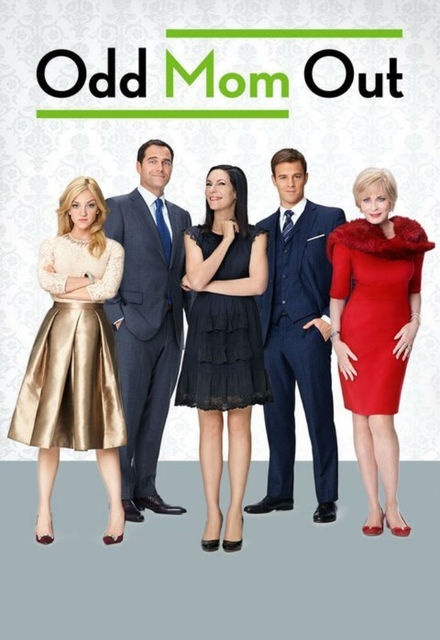 I'm not a mom, and it's hard to imagine ever being one, but this show makes me believe that I can do it while still managing to keep my cynical sense of humor. As long as I'm super rich. It's easy to laugh at terribly stressful situations when you're super rich.

I may have reviewed this during the first season. It made me laugh. If I did, and I had something nice to say about it, PLEASE FORGIVE ME. Either they fired every writer they had and it went TOTALLY to hell, or I was temporarily insane with disgustingly bad judgement. I LOVE trainwreck shows. Hostages and Aftermath are two of the best HORRIBLE shows ever. Well, Odd Mom Out is that kind of HORRIBLE, but there is no redeeming car crash goodness to it. The writing doesn't even try to be the good kind of bad. The acting is disgustingly bad . The writing is cliche and insultingly bad. Maybe it's because it's an attempt at comedy with GARBAGE one-liner jokes. Train wreck shows don't mix with comedy. It's like the horrible laugh track crap without the laugh tracks that would at least drown some of it out. I hate leaving negative reviews, but after forcing through each episode of this insult to my brain, I feel stupider and am angry at life an myself. Sometimes, you watch garbage and it teaches you how to write better. This is not that. You don't learn from their mistakes. It's so bad that it makes you SEE worse. If you write, it makes you want to break your fingers and suck on a tailpipe to stop this from infecting your appreciation for breathing pure air. I makes you DESPISE the actors. Usually, you can see goodness behind the bad writing and directing. Here, they seem giddily complicit in it, like they took poop and pooped it out again. I heard someone read a bad review, saying they were addicted to it's badness. I was mad because I liked season one. Then I was LIVID after watching it myself that I didn't at least get to be the one to warn people off it first.

It's REALLY bad. If you feel like you love living and feel guilty for it because there is so much suffering in the world, then watch it. You will find camaraderie with the hopeless. It is THAT bad.

ALL REVIEWS FOR ODD MOM OUT »