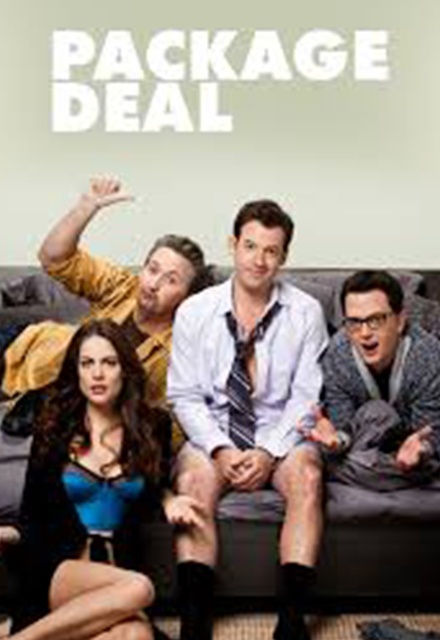 Hiatus (Canada)
2 Seasons, 26 Episodes
30 Minutes
87 tracks
Buy or StreamAmazonAmazon UK
Canadian Canadian Comedy City Comedy
Package Deal follows three overly-close brothers and the woman who comes between them. Kim, a lovable tea shop owner thinks she’s found the perfect guy when she meets Danny, a charming, successful lawyer. Is it too good to be true? She soon discovers he’s already committed – to his two older brothers, Sheldon and Ryan, who meddle in his life daily. Will Danny ever be his own man? Or will Kim have to accept that his brothers are part of a “package deal”? Created by Andrew Orenstein (Malcolm in the Middle, 3rd Rock from the Sun) and produced by Thunderbird Films, Package Deal is an original half-hour, multi-camera comedy series.
Share on: