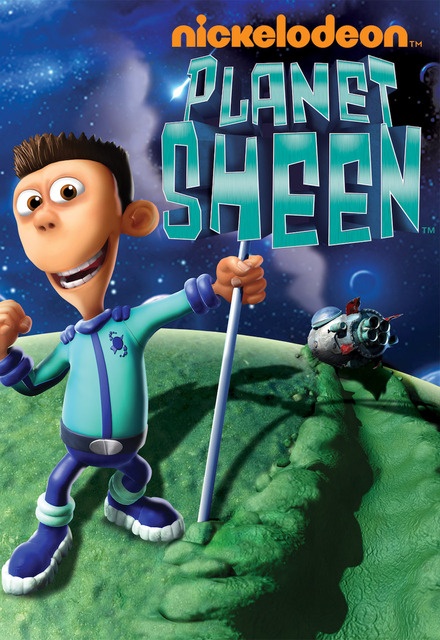 Concluded (United States)
1 Seasons, 33 Episodes
30 Minutes
9 tracks
Buy or StreamAmazonAmazon UK
Canceled Cartoons & Animations Nickelodeon Science Fiction Young Kids
Sheen's dull life in Retroville is about to be transformed when he sneaks into Jimmy Neutron's lab and finds his top secret rocketship. Once he accidentally blasts himself off into outer space and crash-lands on a planet called Zeenu, which is inhabited by strange purple aliens, he realizes that… More he has no way home and tries to make the best of it. Along the way he encounters an evil alien named Dorkus, who will be found most of the time seeking revenge against Sheen for crashing Jimmy's rocket onto his house, Pinter, a small winged eyeball creature and sidekick of Dorkus, an alien named Doppy, who looks just like Sheen's friend Carl Wheezer, an emperor called Emperor, who is the leader of Planet Zeenu and thinks Sheen is a superior being sent from heaven, Aseefa, a Glimmorian who is tomboy, space warrior, and Sheen's first space crush, and Nesmith, a talking chimp genius similar to Jimmy Neutron – excellent in math, English, and fixing rockets, who crash-landed on Zeenu in the 1960s and is named after one of the band members of The Monkees. Sheen has so much fun on the new planet, but realizes how much he misses home. Hopefully he will get back to Earth before anyone notices he's gone, but it will be up to his new friends and a little bit of luck
Share on: