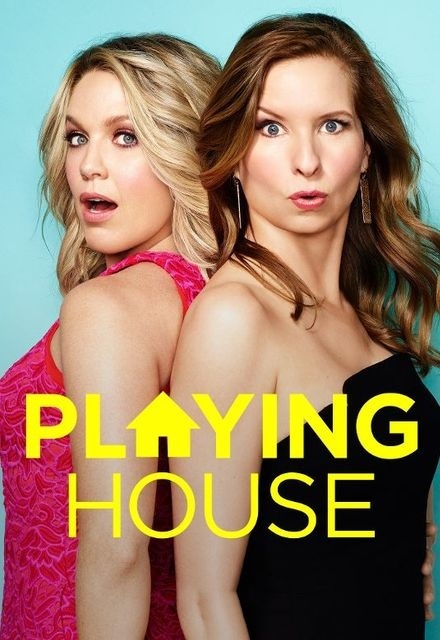 A best friend comedy at it's finest, Playing House features real best friends Lennon Parham and Jessica St. Clair. This show's banter, ability to create laughs, and tell a good story make it one of the best comedies on television right now. I couldn't recommend this show more highly, please check it out.

Is there anything better than having a best friend? Someone who understands your mild breaks in sanity or can always bring up a great, and often embarrassing, story from when you were younger is great to have around.

That’s basically the magic behind the new comedy on USA, “Playing House.” The show was created and written by real life best friends Jessica St. Clair (“Bridesmaids”) and Lennon Parham (“Accidentally on Purpose”), who also star in the show. That gives the show a chemistry unlike any other.

“Playing House” starts off as the story of childhood best friends who grew up and separated because of work. Emma (St Clair) is a powerful businesswoman in China and Maggie (Parham) is an expecting mother who still lives with her cheating husband in her hometown in Connecticut. Emma returns from China, sees the disarray in Maggie’s life, and volunteers to stay and raise the baby with her – just like when they used to “play house” together as kids.

This quick-witted comedy is one of the first to be released on the USA network, which is partly why the show works so well – the network has no specific “comedy viewer” audience. There is now standard to hold the show up to (much like what happens now on ABC – all comedies are held up to the standard of “Modern Family”‘s humor and success).

The reason I champion this show so much is because it reminds me of the awkward, quirky, and real relationship I have with my best friend of almost 20 years. This show features specific moments and instances that are based off of the real friendship of the writers. But through their charm, specific detail, and overwhelming chemistry, the show is relatable to almost anyone who is lucky enough to have a best friend.

ALL REVIEWS FOR PLAYING HOUSE »