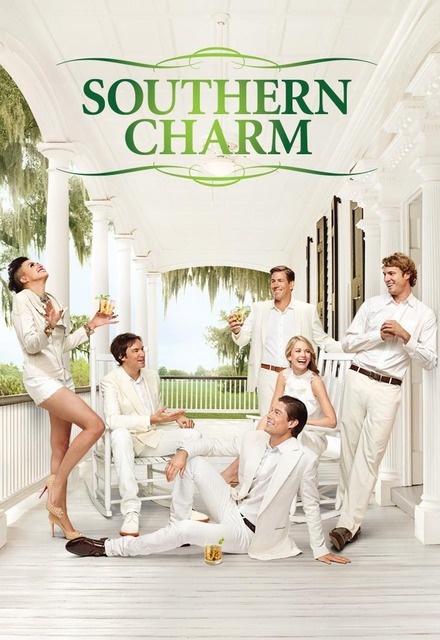 Avg Rating (0)
Your Rating
Mondays, 10:00 PM EST on Bravo
Tracked 1,771 Times
Hiatus
6 Seasons, 79 Episodes
60 Minutes
Buy or StreamAmazonAmazon UK
Bravo Reality
New series Southern Charm goes behind the walls of Charleston, South Carolina's most aristocratic families to reveal a world of exclusivity, money and scandal that goes back generations. The fast-paced, drama-filled docu-series follows six Charleston singles, Craig Conover, Cameran Eubanks, Jenna King, Thomas Ravenel, Shepard “Shep” Rose, and Whitney Sudler-Smith, struggling with the constraints of this tight-knit, posh society. The cast, some descendants of Vice Presidents and four-term Senators, and others from "new money," is comprised of Southern bachelors who suffer from "Peter Pan Syndrome" by refusing to settle down; and the women in their lives who challenge them to grow up. Viewers will see them launch political careers, build businesses, break hearts, and chase true love -- all while struggling to preserve their family names. Because in Charleston, you're only as good as your last garden party and one social screw-up can taint generations to come.
Share on:

I am a "Charlestonian" and this show is considered somewhat of an embarrassment here in Charleston. It 's kind of like a lady in church with her bra straps hanging out.
I tuned in twice because I went to St. Andrew's High Shool back in the day with Thomas Ravenel. He and my then-boyfriend, Steve Jennings, ( son of another prominent Charleston family of that time) were good friends and lived in the same neighborhood off Savannah Highway.
The last time that I saw Thomas Ravenel, he was throwing up drunk in the back seat of my mother's car. I was 16 years old and had to go to the Boonehall Plantation Oyster Festival to rescue these two boys. He looked exactly then as he does now, except he had braces and a bowl haircut.
I think that Thomas tried attaining fame and recognition originally through following in his father's political footsteps, an expected outcome for any good southern boy raised with advantages and connections. Unfortunately, these were hard shoes to fill, as Arthur Ravenel Jr. is a charming and beloved character here, though from a different era. The constraint of politics obviously did not work out for Thomas and most everyone was counting him out. Even though it's sleazy, the fact that he was able to parlay all of that notoriety... a sin in Charleston society....into something that worked for him shows grit.
As for the girl Kathryn... I married into an old deeply rooted Berkeley County family. Berkeley County being the lair of the Senator Rembert Dennis family. In theory, these two people should be absolutely perfect for each other...same upbringing, same sense of entitlement, same expectations of a well oiled life.
So what went wrong? My amateur guess.... There can only be one "center of the universe" and when two heir-to-the-throne-type folks are fighting in this weird contest to be that center, outrage sets in, grudges will be formed, dues must be paid and all weapons, even the children, are fair game in the quest to be triumphant.

ALL REVIEWS FOR SOUTHERN CHARM »