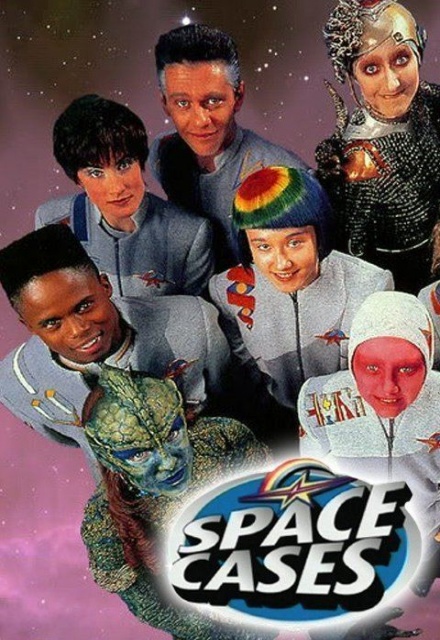 2 Seasons, 27 Episodes
14 tracks
Buy or StreamAmazonAmazon UK
Nickelodeon Science Fiction
One day at an academy, 7 people sneak aboard a mysterious spaceship. The people consist of 5 students, who are Harlan, the athletic leader from earth; Catalina, the Saturnian rainbow-head with a sonic scream; Bova, the negative sour-pus Uranian who can generate electricity; Rosie, the happy Mercurian who radiates heat; and Radu, the Andromedan with super strength and hearing; the other two people are Mrs. T.J. Davenport, the principal at the academy and Commander Seth Goddard, who is their teacher/commander. While on-board they meet an android named Thelma who informs them that they are on a spaceship that is half living and called the Christa. Just when they meet up they become aware that they are approaching a hole that if they get sucked into, they will be stuck in space for 7 years. They eventually do and along their journey they encounter many hardships and enemies that they work together to overcome. They also meet some new people like Suzee (Catalina's imaginary friend from another dimension who gets pulled into this dimension during a warp, putting Catalina in her dimension; she can read minds and has gills), Elmira (Sponge daughter of Warlard Shank), Warlard Shank (the arch enemy of them), etc.
Share on: These are shows in which I have at least watched one episode. Shows that are gone, but that I still enjoyed.

Since I hit the 500 show wall, and received the recommendation to move shows that I used to watch, but which are now gone into a list, I am creating said list.