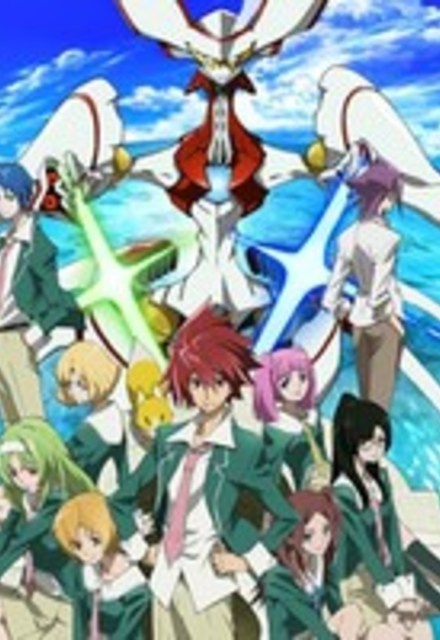 Avg Rating (0)
Your Rating
Current
1 Seasons, 21 Episodes
30 Minutes
11 tracks
Buy or StreamAmazonAmazon UK
Anime
On a cross-shaped island in the South, a mysterious and gigantic humanoid robot known as the "Cybuddy" is discovered sealed in the underground ruins for untold ages. A group known as the "Order of the Glittering Star Cross" attempts to remove the seal by abducting a girl named Wako Agemaki, who they dubbed the "shrine maiden" and is the key to activating the robot. A boy named Takuto Tsunashi arrives with his own Cybuddy named Tauburn to rescue Wako. Thus begins a struggle to unlock the secrets of the advanced technology and prevent disaster.
Share on: