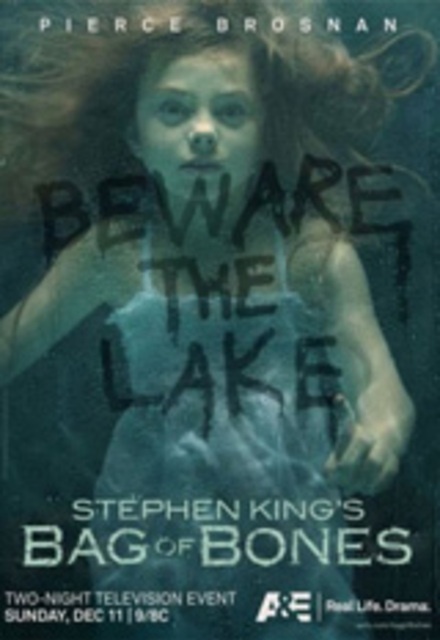 Concluded
1 Seasons, 2 Episodes
120 Minutes
111 tracks
Buy or StreamAmazonAmazon UK
A&E Miniseries & TV Movies
Best-selling novelist Mike Noonan (Pierce Brosnan) cannot stop grieving after his wife Jo's (Annabeth Gish) and their unborn child's sudden death. Writer's block and nightmares force him to return to the couple's former summer home beside a lake in western Maine. While there, he becomes friends with young widow, Mattie (Melissa George), and her daughter, Kyra (Caitlin Carmichael). He learns the mother is in a fierce custody battle with her father-in-law, Max (William Schallert), into which Mike gets involved. His ability to write quickly returns, in addition to more nightmares. At the house, he continually gets visits from the spirit of a blues singer, Sarah Tidwell (Anika Noni Rose). Through her visits, his nightmarish dreams, and clues hidden in his previously unpublished work, he learns truths about himself and the town.
Share on: