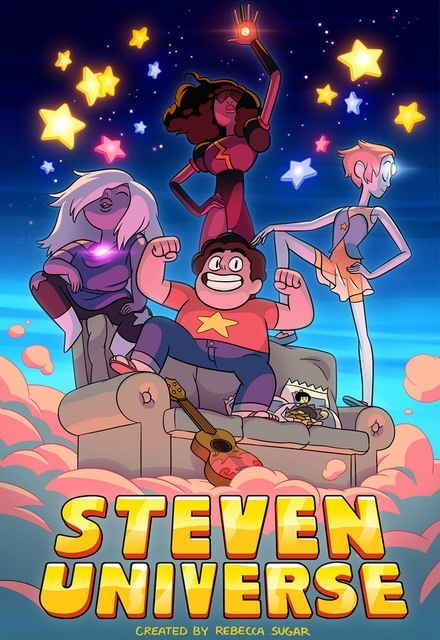 Current (United States)
6 Seasons, 177 Episodes
15 Minutes
1,985 tracks
Buy or StreamAmazonAmazon UK
Action Big Kids Cartoon Network Cartoons & Animations Superheroes
A magical boy named Steven finds a new way to summon his magic weapon in the premiere of this animated series following Steven and a team of guardians of humanity. Also: Steven must find the only weapon that can save the town from a magical comet.
Share on: