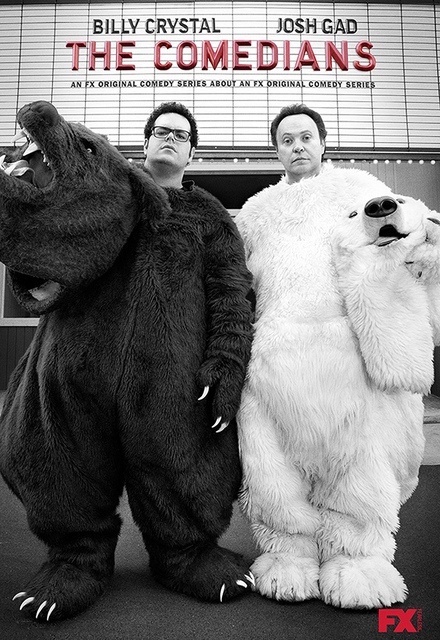 Avg Rating (2.8)
Your Rating
Sundays, 10:00 PM EST on FX
Tracked 937 Times
Concluded
1 Seasons, 13 Episodes
30 Minutes
Buy or StreamAmazonAmazon UK
Canceled Comedy FX
The Comedians, based on the 2004 Swedish series Ulveson And Herngren, stars Crystal as a superstar veteran comedian who is reluctantly paired with a younger, edgier comedian (Josh Gad) for a late-night comedy sketch show. The project comes from an all-star team. Curb Your Enthusiasm and Borat‘s Larry Charles directed the pilot from a script he co-wrote with Crystal, Burn Notice creator Matt Nix, and Ben Wexler.
Share on:

The Comedians was cancelled too soon! It is about a comedy duo and their struggle to come together. Very often hilarious and Billy Crystal at his finest make this show a must watch.

This was a good show that showcased the brilliance of the experienced Billy Crystal with a young comedian. I liked it but understand why it was cancelled - it didn't appeal to a large enough audience.

ALL REVIEWS FOR THE COMEDIANS »