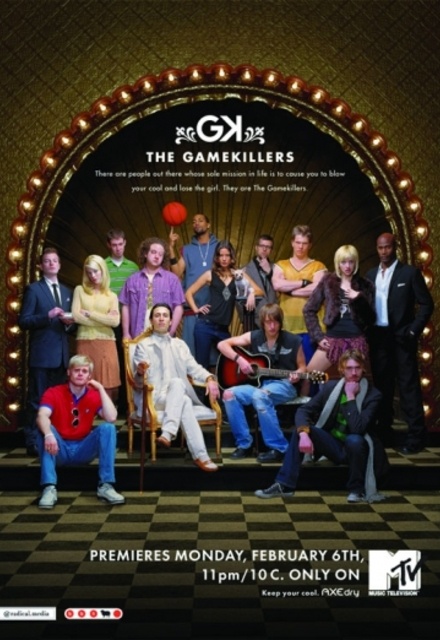 Concluded (United States)
1 Seasons, 6 Episodes
30 Minutes
1 tracks
Buy or StreamAmazonAmazon UK
Comedy Dating MTV
The Gamekillers was the title of a one-hour television special that was aired on MTV in the United States in 2006 and re-aired on the The Comedy Network in Canada. It was a cross-promotional event with Axe Dry who had previously used the "Gamekiller" premise in a recent ad campaign. Therefore, this television series is known as "branded content." The "Gamekillers" are a collection of stereotyped characters who represent certain annoying personalities who teens and 20-somethings often encounter throughout the course of their social life. In particular, each Gamekiller is said to be particularly skilled at inadvertently (or sometimes purposely) ruining a date and breaking up a couple. They are all generally understood from a male perspective.
Share on: