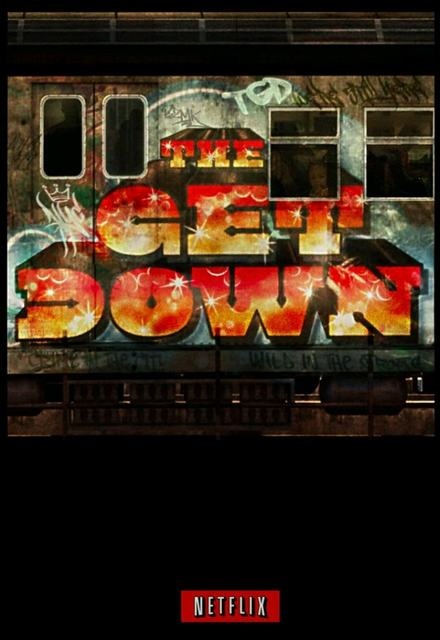 Avg Rating (0)
Your Rating
Fridays, 3:00 AM EST on Netflix
Tracked 2,473 Times
Concluded
1 Seasons, 11 Episodes
60 Minutes
Buy or StreamAmazonAmazon UK
Canceled Drama Music Netflix Period Drama
Consigned to rubble, a rag-tag crew of South Bronx teenagers are nothings and nobodies with no one to shelter them – except each other, armed only with verbal games, improvised dance steps, some magic markers and spray cans. From Bronx tenements, to the SoHo art scene; from CBGBs to Studio 54 and even the glass towers of the just-built World Trade Center, The Get Down is a mythic saga of how New York at the brink of bankruptcy gave birth to hip-hop, punk and disco -- told through the lives and music of the South Bronx kids who changed the city, and the world...forever.
Share on:

This is a semi-fantasy genesis story through rose coloured spectacles...and it works perfectly! The Get Down tells the story of artistic genesis set in a very creative time & place in human history, that being New York in the late 70s/early 80s.
Before Hip-Hop became what we know today, rap, DJing, break dancing and street art/graffiti were all intricately linked. The Get Down tells the story of their creation/evolution in a wonderful mix of storytelling, music & aesthetic. There's not much more to say, it's all very entertaining and nostalgic.

Get beyond the first episode (which is very, very Baz Luhrmann) and you just might get hooked. This is a big, colorful series with a sprawling cast of veterans and newcomers. It's about the rise of hip-hop (executive producer Nas and adviser Grandmaster Flash are around to keep things real), but as with any Luhrmann project, it's also a love story — a star-crossed love story between an aspiring rapper and disco singer.

ALL REVIEWS FOR THE GET DOWN »