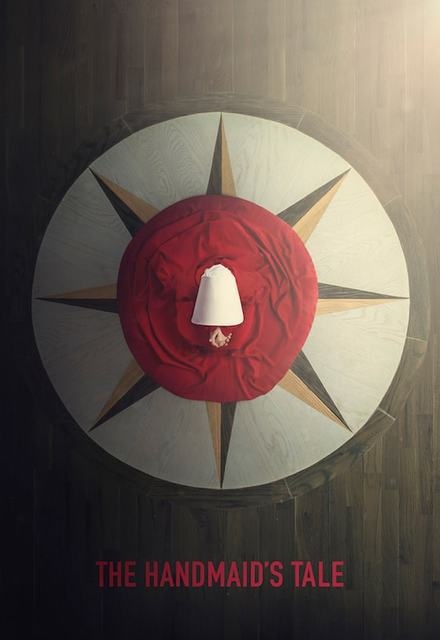 Avg Rating (0)
Your Rating
Wednesdays, 3:00 AM EST on Hulu
Tracked 25,322 Times
Hiatus
3 Seasons, 36 Episodes
60 Minutes
Buy or StreamAmazonAmazon UK
Drama Dystopian Futuristic Hulu Science Fiction
Adapted from Margaret Atwood’s acclaimed novel, this is the story of life in the dystopia of Gilead, a totalitarian society in what was formerly part of the United States. Facing environmental disasters and a plunging birthrate, Gilead is ruled by a twisted religious fundamentalism that treats women as property of the state. As one of the few remaining fertile women, Offred (Elisabeth Moss) is a Handmaid in the Commander's household, one of the caste of women forced into sexual servitude as a last desperate attempt to repopulate a devastated world.
Share on:

The Handmaid's Tale S2E9
Avg Rating (0)
Your Rating
The Waterfords embark on a diplomatic trip abroad. Serena faces the temptation of life outside Gilead. Luke and Moira grapple with survivor's guilt. Offred seeks support from allies.

Two words sum up this episode....Fuck that....and no truer words have been spoken. Raise a fist. Say a silent prayer. Fight, however you can. We're with you. Wherever you are.

This episode made me reflect quite a bit about speech and its freedom. From the letters to the speech that led to Gilead, which speech is free, and which is not?