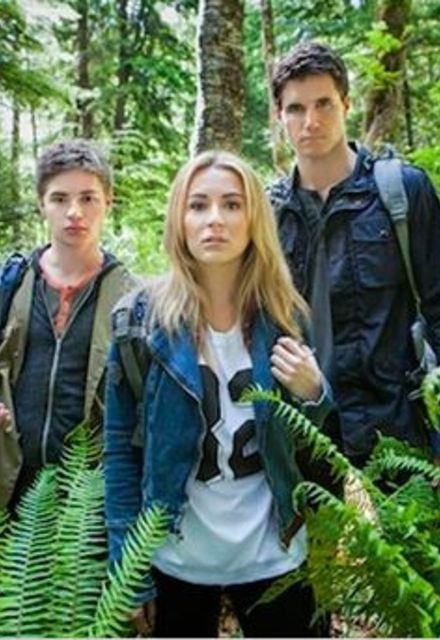 Current
1 Seasons, 1 Episodes
120 Minutes
142 tracks
Buy or StreamAmazonAmazon UK
Drama Miniseries & TV Movies
Carter and Jordyn Flynn (Dan Payne, Michelle Forbes) aren't the average mom and dad. For them, a typical workday can take place anywhere in the world, raiding ornate museums and evading pursuing authorities as Hunters, protectors of powerful fairytale artifacts that are anything but make-believe. While the Flynns’ take their jobs seriously, they're just as concerned about the welfare of their two sons, 21-year-old Paxton (Robbie Amell) and 16-year-old Tripp (Keenan Tracey), who are unaware of their parents' true line of work. When Carter and Jordyn disappear after being intercepted by the mysterious Mai during one of their missions, the boys learn the truth about their parents and their lineage from the Flynns’ young assistant Dylan. They turn to old family friend Mason for help but they soon discover that the deceitful Mason is after what the Flynns were trying to protect — an enchanted mirror that has the ability to grant any wish. It’s got quite a history too: It’s the same mirror that played a pivotal role in the destiny of Snow White. It becomes evident that it’s up to the valiant brothers and Dylan to save the day before very real fairy tale magic falls into Mason’s less-than-worthy hands.
Share on: