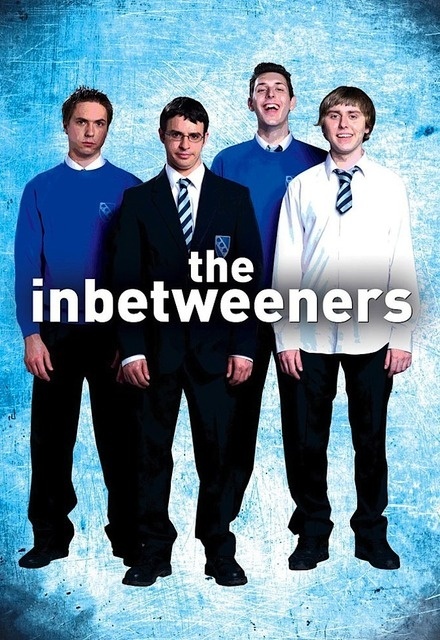 Concluded (United States), Hiatus (United Kingdom)
4 Seasons, 21 Episodes
30 Minutes
1,890 tracks
Buy or StreamAmazonAmazon UK
BBC America British British Comedy Channel 4 Comedy Teen Teen Comedy
The Inbetweeners is a British comedy series about a group of teenagers struggling at sixth form school, currently shown on E4 in the UK. The series follows Will (Simon Bird), who left a private school to go to Rudge Park Comprehensive (set in Borehamwood) due to his recently divorced mother's financial troubles.[1] It gets its name, The Inbetweeners, from a social class of teenagers - people who are not cool enough to be popular and not geeky enough to be a nerd, therefore leaving a group of people inbetween, known as The Inbetweeners.
Share on: