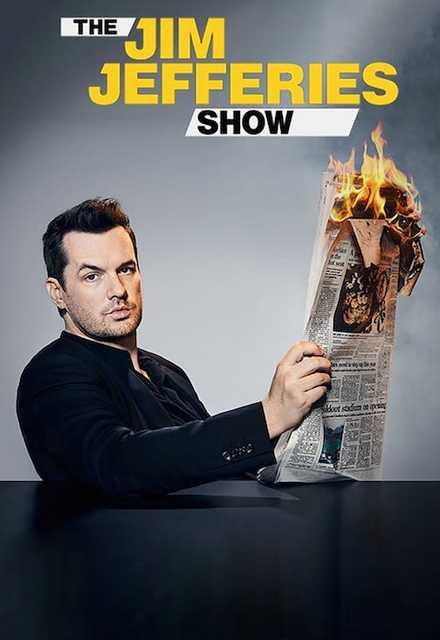 Avg Rating (0)
Your Rating
Tuesdays, 10:30 PM EST on Comedy Central
Tracked 446 Times
Hiatus
3 Seasons, 60 Episodes
30 Minutes
Buy or StreamAmazonAmazon UK
Comedy Comedy Central Late Night Talk & Late Night
The Jim Jefferies Show will take on culture and politics with an unapologetic, honest and international approach. Each week, Jefferies will tackle the week's top stories from behind his desk and travel the globe to far-off locations to provide an eye opening look at hypocrisy around the world. Featuring interviews, international field pieces, and man on the ground investigations, Jefferies will cover the most controversial issues, all through the lens of his distinctive brand of comedy.
Share on:

The Jim Jeffries show is a late night talk show that is witty, rude and well written. Jim is a funny comic that likes making fun of America and its way of life. The show centers on political views, world events and anything Jim feels like degrading that specific episode. Jim is new at this so give him chance to catch his feet. I personally don't like late night talk shows but Jim is one of my favorite comedians so I'll be giving this show a try, and so far so good.

This guy is too funny. He has such an hilarious, yet intelligent, viewpoint on things in America.

ALL REVIEWS FOR THE JIM JEFFERIES SHOW »