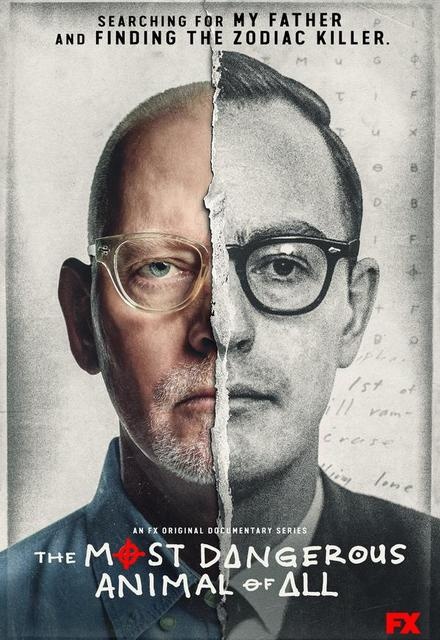 The Most Dangerous Animal of All

Current (United States)
1 Seasons, 4 Episodes
60 Minutes
17 tracks
Buy or StreamAmazonAmazon UK
Drama FX
Based on The New York Times best-selling book of the same name, The Most Dangerous Animal of All is a four-part documentary series on FX that explores one man's search for the father who abandoned him, only to uncover the worst: he believes his father is the Zodiac killer, one of the most infamous serial killers in American history. Executive produced by Ross M. Dinerstein (The Innocent Man) and Academy Award®-nominated director Kief Davidson (The Ivory Game), The Most Dangerous Animal of All is an honest depiction of true life and true crime unexpectedly merging to upend one man’s understanding of his own identity.
Share on: