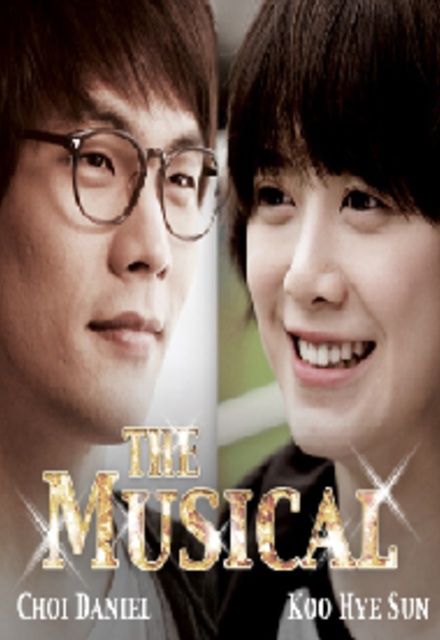 Avg Rating (0)
Your Rating
0 Seasons, 0 Episodes
1 tracks
Buy or StreamAmazonAmazon UK
Considered one of Korea's first musical dramas, The Musical stars a popular cast of Koo Hye Sun (Boys Over Flowers), Daniel Choi (High Kick Through the Roof, Baby Faced Beauty), Park Ki Woong (A Man's Story), and musical actress and former Fin.K.L member Ok Joo Hyun. The story of leaving a safe career path to follow your dreams even if it seems crazy is what makes The Musical sing. Eun Bi (played by Koo Hye Sun) is a medical student with dreams of becoming a musical actress. She quits medical school and starts auditioning, but lacking any training she fails one after the other. She finds an ad for a male musical performer and dresses up as a boy to the audition. However, Yu Jin (Park Ki Woong), an investor for the musical, sees through her ruse. Feeling defeated, she crosses paths with Bok-ja, a self-proclaimed musical instructor, and Hong Jae Yi (Daniel Choi), a famous musical composer who thinks Eun Bi lacks talent. Despite constant opposition, Eun Bi refuses to give up on her dream in hopes of becoming like her favorite musical actress, Bae Kang Hee (Ok Joo Hyun).
Share on: