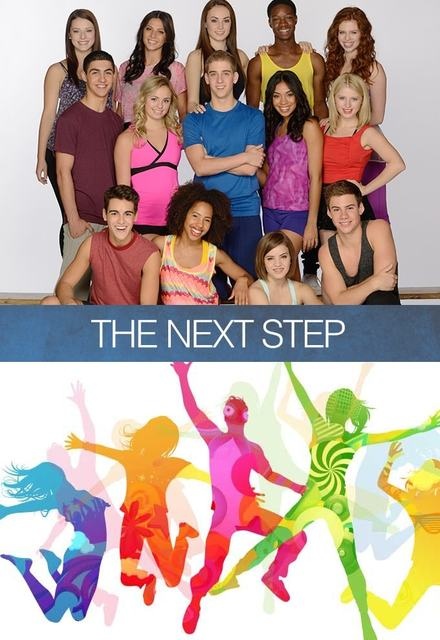 Avg Rating (0)
Your Rating
Fridays, 7:30 PM EST on Family Channel
Tracked 17,603 Times
Current
7 Seasons, 181 Episodes
30 Minutes
Buy or StreamAmazonAmazon UK
Canadian Canadian Drama Drama Teen Teen Drama
The Next Step is a Canadian teen drama series shot in a reality television style. It follows the lives of "The Next Step Studio" A-Troupe dancers while they practice and then finally, compete at the "Absolute Dance Regionals". Created by Frank van Keeken, the series airs in Canada and takes a look into the lives of the dancers as they have issues among themselves and try to get through them the best they can.
Share on:

I love the next step!

i think that the next step is full of drama, well what do you expect its a drama reality show and season 2 was packed of drama. Firstly, Hunter being michelles girlfriend even though she liked her at the last minute before michelle moved areas, hunter and emily ruining eldon and michelles relationship, amanda tries to make sure that the next step doesnt go to nationals and riley and james breaking up because of beth. I loved season 2 and i cant wait to see what season 3 is like. Im very happy that the next step won nationals against l.o.d. On the other hand, i hate how daniel was being so selfish with the spotlight, although he has a point how kate thinjs hes an injured bird or something, shes only trying to look out for you so you dont get injured again. What surprised me was that amanda was still at elite and west asking emily on a date (although it was obvious that west liked emily because they were hanging out alot) and i still couldnt believed they kissed. And there is still more competition because internationals is coming up and if they win they could be the best studio in the world, probably i dont know.

ALL REVIEWS FOR THE NEXT STEP »