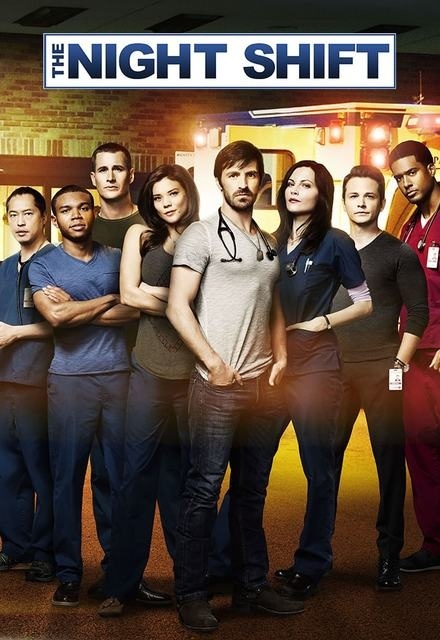 Concluded (United States)
4 Seasons, 45 Episodes
60 Minutes
5,196 tracks
Buy or StreamAmazonAmazon UK
Drama Medical Drama NBC
At San Antonio Memorial, those who work the 7pm – 7am shift are a special breed. Welcome to the night shift, where every day is a fight between the heroic efforts of saving lives and the hard truths of running a hospital. After a grueling tour of duty in Afghanistan, adrenaline junkie TC Callahan became accustomed to combat, but he could have never guessed that his toughest battles would be fought right here at home. TC and his irreverent team of late night docs know how to let off steam with the casual prank or two, but when lives are at stake, they are all business. Unfortunately, the night shift is now under new management, and boss Michael Ragosa is more interested in cutting costs than helping people. But TC has never met a rule he couldn't break, or a person he won't stand up to. And it's clear that not even Jordan, TC's ex-girlfriend and now Ragosa's second in charge, has a chance at keeping him in line. If Ragosa wants a war... he'll get one.
Share on: Shows that were cancelled long before their time. Be warned, many of these ended with cliffhangers.

Shows that ended on cliffhangers. My biggest tv pet peeve... Feel free to let me know any shows I missed in the comments! I want this one to become a community list!

Some shows are airing this summer/fall, I can't wait to see them. This list also includes shows that have aired before but are brand new to me. They look so good I just had to include them! :)