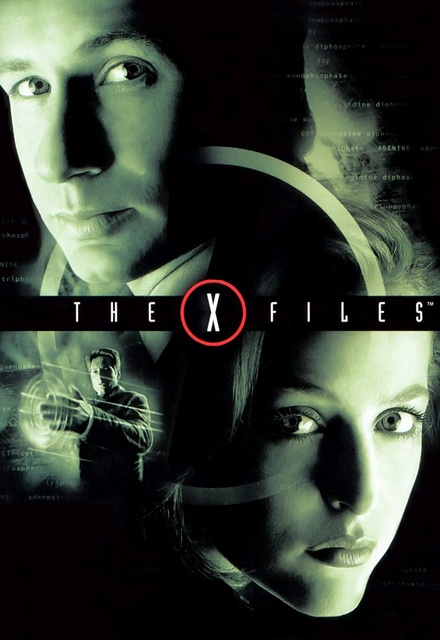 Concluded (United States)
9 Seasons, 202 Episodes
60 Minutes
3,772 tracks
Buy or StreamAmazonAmazon UK
Aliens Drama Fantasy FOX Horror Resurrected Science Fiction Space Supernatural Thriller
From its Fox Network debut on September 10, 1993, to its finale on May 19, 2002, the weekly 45-minute (without adverts) sci-fi drama The X-Files endeavored to prove that "the truth is out there." The series' title refers to those FBI files dealing with cases of paranormal and other otherwise unexplainable phenomena -- UFO sightings, alien abductions, genetic experimentation, possessions, telekinesis, and the like. Investigating the X-Files are agents Fox Mulder (David Duchovny) and Dana Scully (Gillian Anderson). Notorious within FBI circles as a maverick and iconoclast, the Oxford-educated Mulder made it his personal mission in life to prove that there were more things in Heaven and on Earth than were dreamt of in our philosophy. For him, it was very personal; his own sister had been abducted by extraterrestrials some 20 years earlier. His more skeptical partner, medical doctor Scully, was assigned to curb Mulder's more "fanciful" theories and to seek logical explanations to the phenomena at hand. (Ironically, in real life, actor David Duchovny doubted the existence of space aliens, while Gillian Anderson confessed to being a "true believer.") As the series progressed, Scully became more convinced that there were indeed paranormal forces beyond her ken; conversely, Mulder began to concede that Scully could be right once in a while, and tried to prove that humans, rather than aliens, were responsible for selected phenomena.
Share on: From dead people eating brains or sucking blood, werewolves, and other mystical, magical beings, TV shows that doesn't deal with natural order of things on Earth. Anything dealing with crime solving/police

Once upon a time, I was obsessed with the shows.