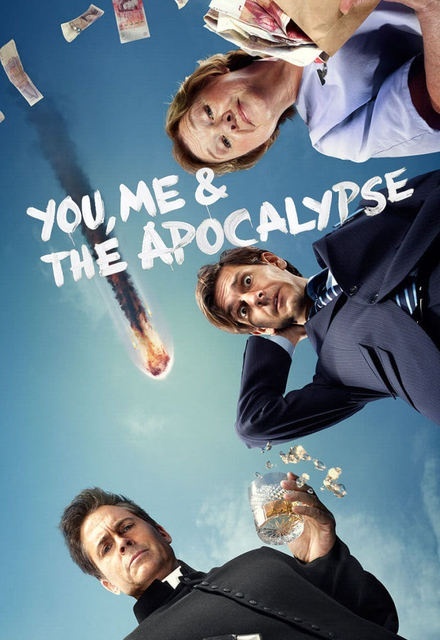 You, Me, and the Apocalypse

Concluded (United Kingdom), Concluded (United States)
1 Seasons, 10 Episodes
60 Minutes
1,799 tracks
Buy or StreamAmazonAmazon UK
British British Comedy British Drama British Science Fiction Canceled Comedy Drama Futuristic Miniseries & TV Movies NBC Post-Apocalyptic Sky
The story follows an eclectic group of ordinary people in an extraordinary situation: a collision is imminent with an eight-mile wide comet that’s destined to wipe out all life on Earth. The cast of characters is made up of a British bank manager, an Italian nun, a female death-row inmate, a Five-star U.S. General, a White House civil servant, and a bride with a one-eyed husband 30 years her junior. Together, they hunker beneath the town of Slough, about 20 miles west of London, to watch the end of the world on TV. (previously titled 'You, Me, and the End of the World, the title changed before the pilot aired.)
Share on: