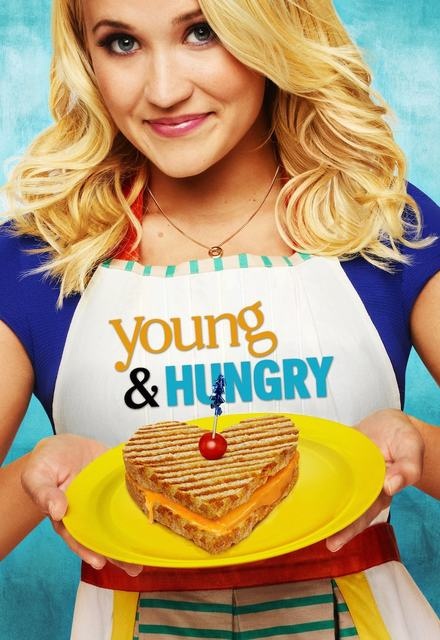 Lately, I’ve been in a very nostalgic and reflective mood. I’m constantly remembering old Disney Channel shows like Even Stevens or Disney Channel Original Movies like Phantom of the Megaplex or Zenon and I’m left wondering where the time has gone. The end of my Disney Channel days, because I sadly chose to “grow up,” occurred at the beginning of Hannah Montana – the story about an undercover pop star who lives a normal life in secret.

With the Hannah Montana gang in mind, I turned to the new comedy on ABC Family, Young & Hungry. This new series features Hannah Montana starlet, Emily Osment. With quick-paced stories and expectedly unexpected situations, I found the show to have the same heart of shows I had grown up with, but with a much more adult sense of humor. I had come for the nostalgia and ultimately stayed for the story.

The series’ executive producer is Ashley Tisdale of Disney’s High School Musical and The Suite Life of Zack and Cody. Following in suit with nostalgic stars, the show includes Jesse McCartney, Emily Osment, and many others.


Young & Hungry focuses on Gabi (Emily Osment), a lower-middle class girl who aspires to be a chef like Julia Child. She has a small apartment in San Francisco that she shares with her best friend Sofia. To follow her dreams, Gabi applies to a job as a personal chef for a young tech inventor, Josh (Jonathan Sadowski, She’s the Man). Chaos ensues as Gabi is thrown into a whole new social sphere, dealing with housekeepers (Kym Whitley, That’s So Raven), personal assistants (Rex Lee, Zoey 101), and Josh’s snooty fiancé, Caroline.

Falling in and out of confrontations, love, and disastrous situations, Gabi makes the working life seem so easily enjoyable and reminds the audience that growing up isn’t always easy but it sure can be fun.

i watch it with my girlfriend and honestly its pretty good

ALL REVIEWS FOR YOUNG & HUNGRY »