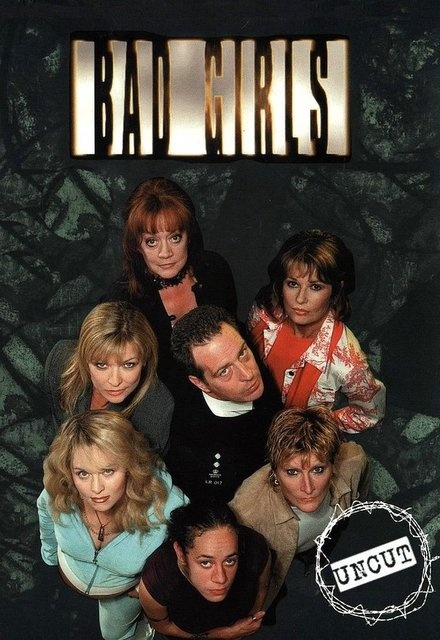 Avg Rating (0)
Your Rating
Mondays, 7:00 PM EST
Tracked 2,354 Times
Concluded
8 Seasons, 107 Episodes
Buy or StreamAmazonAmazon UK
British British Crime British Drama Crime Drama ITV
Bad Girls was a British television drama series that was broadcast on ITV from 1999 to 2006. It was produced by Shed Productions, the company which later produced Footballers' Wives and Waterloo Road . It was set in the fictional women's prison of Larkhall, and featured a mixture of serious and light storylines focusing on the prisoners and staff of G Wing. The earlier series were rather gritty; by a couple of series in, more far-fetched storylines began to be introduced. By the last couple of series, the show very much used its by-then often over-the-top storylines as a selling point.
Share on:

Avg Rating (0)
Your Rating
Fenner got new Wing-Governor, Di, on his side and then proceeded to put Yvonne down the block for no reason. New inmate Kris arrived on G-Wing but new PO Selena did exactly as she had promised and gave her ""A firm hand"" as she walked into her cell and k

Timeless classic! So stupid, it's funny!

Not as funny as some shows of that time - seems a bit over-acted at times, but I guess that was the point.

This is a priceless classic, in my opinion. Kinda like a very old-fashioned and therfore more tame version of Archer, this series comes up with the craziest ideas and manages to walk the fine line between humour and stupidity so well, that it is absolutely hilarious. Some of my most favourite recurring things are the cone of silence, the shoe-phone and Maxwell trying to trick someone ("You are surrounded by 50 men!" *bad guy doesn't believe it* "Would you beliiieve... 20 men?"). If you enjoy this show I can only recommend the movie to you - they managed to capture the serie's spirit wonderfully and didn't lose the humor.

Immediately thought of (1) "James Bond - Goldfinger" (1964) and then (2) "Austin Powers - Goldmember" (2002). Considering the episode was years before "Goldmember" was ever conceived of, I'm pretty sure the "Get Smart" guys may have been spoofing on the James Bond film released a couple of years earlier.