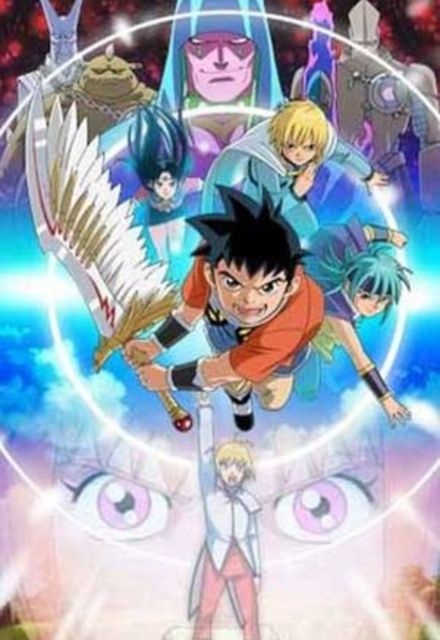 Avg Rating (0)
Your Rating
Mondays, 7:00 PM EST
Tracked 41 Times
1 Seasons, 52 Episodes
Buy or StreamAmazonAmazon UK
Anime
It is the dark century and the people are suffering under the rule of the devil, Vandel, who is able to manipulate monsters. The Vandel Busters are a group of people who hunt these devils, and among them, the Zenon Squad is known to be the strongest busters on the continent. A young boy, Beet, dreams of joining the Zenon Squad. However, one day, as a result of Beet's fault, the Zenon squad was defeated by the devil, Beltose. The five dying busters sacrificed their life power into their five weapons, Saiga. After giving their weapons to Beet, they passed away. Years have passed since then and the young Vandel Buster, Beet, begins his adventure to carry out the Zenon Squad's will to put an end to the dark century.
Share on:

Who doesn't love the warrior princess.

MOST LOVED SHOW EVER! Xena was my role model as a kid who inspired me to always be strong and do the right thing! Yeah the special effects weren't well executed, but the story and characters are spectacular!

I really enjoyed watching all the episodes of Warrior Princess, but it didn't have a great ending as I expected. At least they(Xena and Gabriel) should saw it coming from half the way through Season 6. Overall its a great show with not so great ending. One of my old-time favourites! Lucy Lawless was excellent and impeccable :)