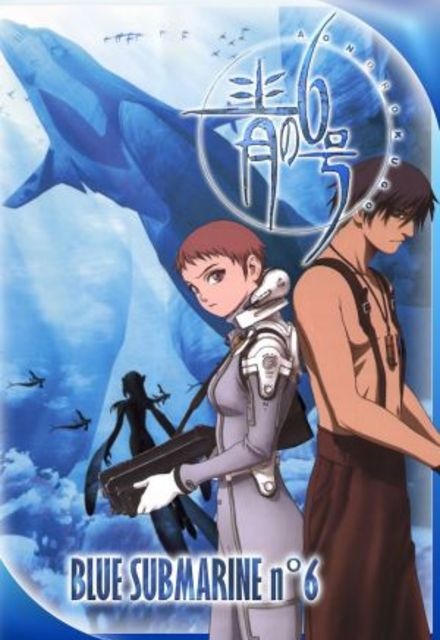 Avg Rating (0)
Your Rating
7:00 PM EST
Tracked 41 Times
1 Seasons, 4 Episodes
Buy or StreamAmazonAmazon UK
Action Anime
Blue Submarine No. 6 is the name of a manga series by Satoru Ozawa, which was subsequently developed into a four episode OVA series by GONZO.
Share on:

Avg Rating (0)
Your Rating
Having murdered the attacking musuca, a whale-like biological amalgam developed by Zorndyke featured in the closing scene of ""Blues,"" the Blue forces face the Phantom Ship at the opening of ""Pilots."" Zorndyke's flagship proves too much for the whole f Compelling story. Strange ending. Concluded. Watch if you get a chance.

the plot was intriguing however the production was not great

A bizarre show, and one I still go back to watch every few years. I realize my score is a lot higher than the average, but I found the concept of the Room and the Objects fascinating. Don't think it would work as series, but it was a very entertaining mini-series.

The idea behind it is great but it was very drawn out and could've been done just as a film with better results I think.

i remember watching this years ago on tv and seeing it now makes me remember how creepy and artfully done it is.