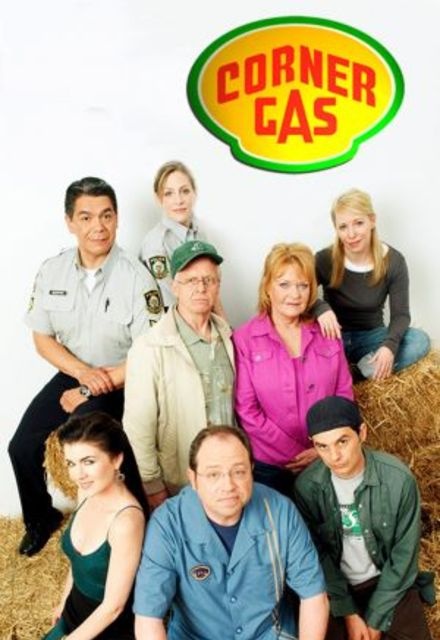 Avg Rating (0)
Your Rating
Mondays, 7:00 PM EST on CTV
Tracked 453 Times
Hiatus
7 Seasons, 121 Episodes
30 Minutes
Buy or StreamAmazonAmazon UK
CTV Canadian Canadian Comedy Comedy
Corner Gas focuses on the life (or lack thereof) of Brent Leroy, proprietor of a gas station that is the only stop for miles round and a hub of action on the Prairies
Share on:

Avg Rating (0)
Your Rating
Emma has a traditional Christmas planned, and Brent is less than enthusiastic about it. Lacey decides to go back to Toronto for Christmas, but bad weather causes some detours in her travel plans; she eventually gets home, but not in the way she expected. The first time I've seen this incarnation of Death which I think was rather creative and unique. I kept expecting to laugh but didn't I'd say the only thing I found funny was death's character and the last few minuets of the the first episode. To be honest I didn't bother to carry on watching the series as I was looking for comedy only to be left with "Who did it?" and I don't know wheather I should feel offend but for some reason I do...it could be the terrible stereotypes. The show came accross as "try-hard" it starts with randomness only to then have some offensive stereotypes thrown in. Rather sad, considering that the concept its self could have gone places.