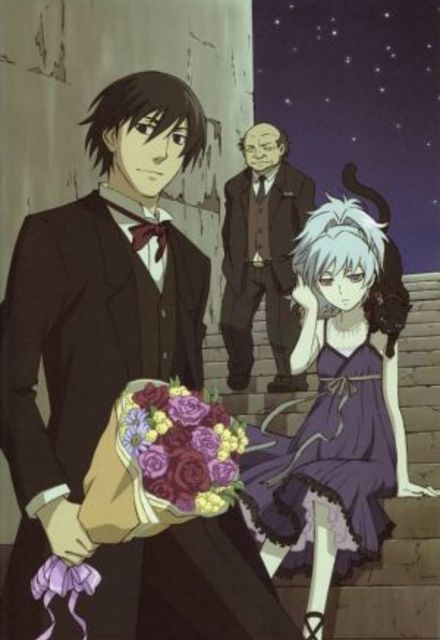 Avg Rating (0)
Your Rating
Mondays, 7:00 PM EST
Tracked 839 Times
Concluded
2 Seasons, 38 Episodes
Buy or StreamAmazonAmazon UK
Anime Fantasy Supernatural
In Tokyo, an impenetrable field known as "Hell's Gate" appeared ten years ago. At the same time, psychics also emerged, ones who wield supernatural powers at the cost of their own humanity and conscience. Hei is one of the most powerful of these psychic agents, and along with his blind associate, Yin, works for one of the many rival agencies vying to unlock the mysteries of Hell's Gate.
Share on:

The Black Cat Doesn't Have a Dream of the Star...

Darker than Black S2E1
Avg Rating (0)
Your Rating
An Eurasian girl named Suou watches a meteor shower along with her twin brother Shion and their father, but things go awry when a meteor crashes into their location. Two years later, Shion has turned into a contractor from the incident, confined to a whee

Watched some the NZ version of this and it was rubbish, but watched this anyway because David James Elliott was in it. In my opinion this was a better version than the NZ one and I was disappointed it was cancelled.

I really liked this show! this is a really good show.