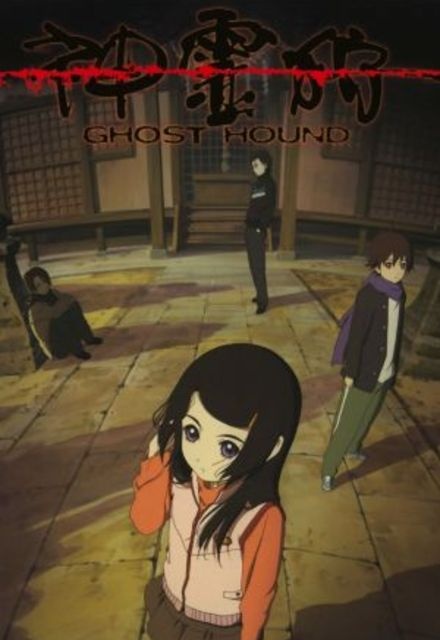 Avg Rating (0)
Your Rating
Mondays, 7:00 PM EST
Tracked 49 Times
1 Seasons, 22 Episodes
Buy or StreamAmazonAmazon UK
Anime
Production IG's 20th Anniversary Project, Ghost Hound is set in the modest town of Suiten, located in a desolate region in the island of Kyushu The story follows the experiences of three boys who have had traumatic experiences in childhood from which they have learned to transfer their souls to a parallel world known as the "Unseen World". The Unseen World is however undergoing a change, with its ghosts starting to appear in the real world, altering it in unpredictable ways.
Share on:

Toward an Abandoned City

Avg Rating (0)
Your Rating
Makoto and TarÅ go to Kurata city for various reasons. They visit Kei's house and TarÅ apologizes to Kei for messing up the yeast brewery process. Masayuki and Michio catch Suzuki the reporter whose been snooping around. He was sent to investigate the b

There aren't enough of these out there!

It is sometimes funny, but Zach Galifinakis suffers from being overly "meta". His brand of humor is odd ball intellectual, but most times it actually ends up just landing awkwardly.

This show is humorous at times but is a waste of time. The comedy is poor but some funny things do come out of it. Do what you will with this one. I love that there are enough good-natured celebrities to do this. Makes me wish I was famous just so I could make Zach Galifianakis fake cry.