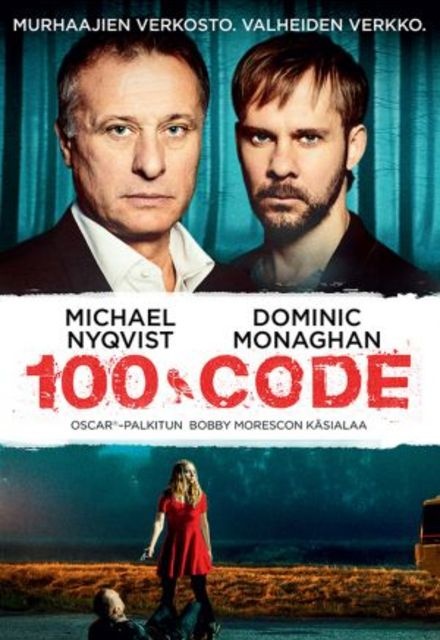 Avg Rating (3.38)
Your Rating
Thursdays, 9:00 PM EST on HBO Nordic
Tracked 577 Times
Hiatus
1 Seasons, 12 Episodes
60 Minutes
Buy or StreamAmazonAmazon UK
Crime Drama Mystery WGN America
(aka The Hundred Code) New York. Stockholm. Over the course of the last 12 months, young, blonde and blue-eyed women have been turning up dead in a field of asphodel flowers. Through a special dispensation from the NYPD, Detective Tommy Conley is permitted to observe and advise the Stockholm PD. Upon his arrival in Sweden, he is paired with Mikael Eklund, a by-the-book, Swedish cop with an aversion to American grab-and-go culture. Both hate each other, but the two better straighten out their differences as the killings continue.
Share on: This is way awesome stuff, for those who love Millennium saga books and The girl with the dragon tattoo, here's some more Swedish crime stories. The danger of the Internet is well explored, way unexpected twists and turns. I think I'm going to learn how to speak Swedish. Love it

The show starts off strong, but the complexity of the multiple killer plot seems to create a lot of issues for the writers and director, as the episodes get kind of cheesy as it progresses, like they are overwhelmed at just getting something on video. Several times an episode I found myself thinking... if I was directing, I would have done another take for that scene as it was below par.

The subplots are pointless and annoying distractions from the actual serial killer cases. The other Swedish cops are mostly crap, especially the weird guy and the espresso maker. The guy who plays Tyrell on Mr. Robot has a bit part, but there doesn't seem to be any other reaosn for him to be in the show besides being somewhat famous.

I think Nyquist is often glorified as a great actor due to "The Girl With The Dragon Tattoo" series, but this is in comparison to a Swedish acting standard and not a world standard, as I think he is an average actor at best. I think he should also be the poster child for no smoking ads as he died rather young from lung cancer. Its unclear what they are going to do for season 2 without him, but it looks like its back to New York so maybe no Swedes are needed.

The show switches back and forth from Swedish with subtitles to English and although that isnt too annoying, the fact that the American cop keeps saying "English, English!" is very annoying. Typical america a-hole druggie fascist cop. Would have been better to decide on one language.

The best part is the creativity of the serial killings. Its a great idea to have a mastermind and multiple killers. I'm sure this type of show has been done before, maybe Millenium was like this, but it was good to have variety. "Mother always said to try new things."

UPDATE: I dropped it near the end of the first season, the writing is just boring.