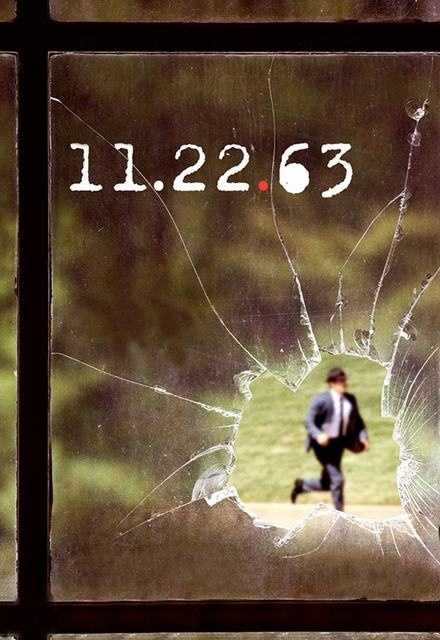 Wow!!! Loved this. Chris Cooper is great, I'm not a fan of Franco but he's really good. I read the book when it came out and from this first episode it seems the tv show is going to be just as riveting. I know the book looks like a doorstop but it's a great read, only King could come up with such a fabulous premise for a novel and then have it be turned into a tv show. As he said, a 3-4 hour movie just couldn't have covered everything in the book so a series was the obvious choice (I'm paraphrasing). LOVE seeing the 1950s, well up when I see (an actor) Kennedy giving a speech, it's so authentic. Give it a try... :)

Off to a great "Stephen King" start, to bad it's only going to be a mini series.

Pretty much all of the success in 11.22.63 comes from Franco being able to take the concept from bizarre to believable, with a major assist from Cooper, who combines with Franco in the early episodes (and flashbacks) to give this series its much-needed dramatic believability.

I am LOVING this so far!
Everything has been so perfect, from the acting to the set design to the story to the pace itself. Will be sad when it ends!

Time travelling and Stephen Kind? Sing me up! :)
The show is is about Jake Epping (James Franco) who travels back in time, to try save President J.F. Kennedy.

11.22.63 is a television series based on a novel by Stephen King and follows a man who goes back in time to save John F. Kennedy from being killed. This science fiction period drama (mini-series) with a well written script has much to offer. After the first episode I am intrigued to see what happens next. It is an interesting trip in modern history and sic-fi.

one of the best releases of this year

A show about a teacher who travels to the past to save the president (jf kennedy!)
Along the way a magnificiant love story developes.
8 wonderful episodes that left me melted.

What a great show! I just finished watching the finale, I don't give many shows a 5, but this one deserves it.

Very worth watching :o)
Amazing actor and very touching at the end.

Dubious, as any rational thinking man would be, about the validity of choosing James Franco for the leading role in this latest Stephen King adaptation I was pleasantly surprised to find I enjoyed watching him play the role. This is definitely one of the better screen versions of King's work. Well worth watching.

YES, YES, YES. Franco? History? JFK? Stephen King? How could this be any better?

The first episode was amazing, can't wait for the next one. Super disappointed that it's a mini series though.

Might be for someone, but it's not for me. Too bad this does not continue. Loved the back in time perspective.

Went above and beyond my expectations (which were pretty high to begin with).

This show is a fantastic adaption of the King Novel with some liberties in regards to time's role. The acting is fantastic and the costumes and designs help elevate this show. Really worth a watch and some insightful things. Some of my favourite quotes has come from this series.