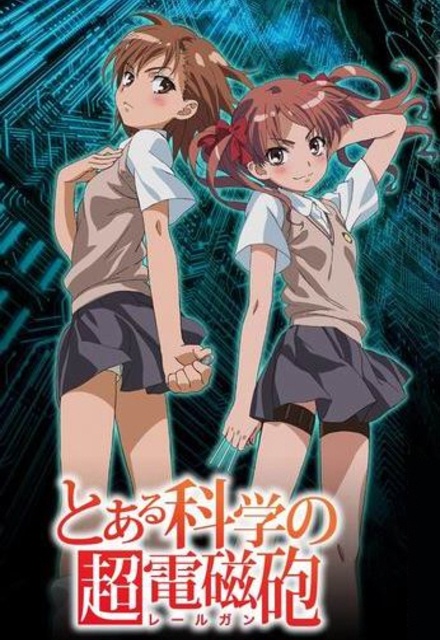 Avg Rating (0)
Your Rating
Sundays on Tokyo MX
Tracked 48 Times
Concluded
2 Seasons, 55 Episodes
Buy or StreamAmazonAmazon UK
Anime Japanese Anime
an anime series based on the manga of the same name, which in itself is a spin-off of Kazuma Kamachi's light novel, manga and anime series A Certain Magical Index. The manga is serialized in Dengeki Daioh and is written by Kazuma Kamachi and illustrated by Motoi Fukuyama. Set in Academy City before and during the events of A Certain Magical Index, the plot focuses on Mikoto Misaka, an electromaster who is the third strongest esper in Academy City, along with her friends; Kuroko Shirai, a Teleporter and Mikoto's roommate, Kazari Uiharu, Kuroko's partner in Judgment, the city's public safety committee and Ruiko Saten, Kazari's friend and classmate.
Share on:

A Certain Scientific Railgun is the story of what one powerful girl does when someone who looks just like her pops up. In a town where people are categorized by their telekinetic strength, Railgun is one of the strongest. But when she faces an enemy unimaginably strong, she finds herself in for the fight of her life.

Incredibly girly and childish but with some interesting sci fi ideas. Having a world of technology and magic together isn't easy and I can't say that this was done all that well. this is more of a light novel than an action anime.

ALL REVIEWS FOR A CERTAIN SCIENTIFIC RAILGUN »