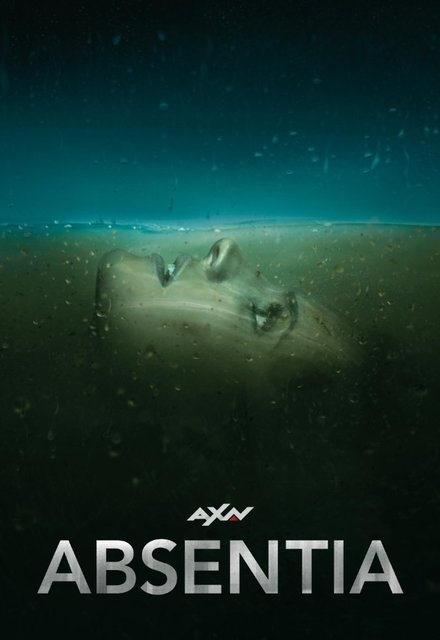 Avg Rating (0)
Your Rating
Mondays on AXN [Bulgaria]
Tracked 2,200 Times
Hiatus
3 Seasons, 30 Episodes
60 Minutes
Buy or StreamAmazonAmazon UK
Amazon Amazon Prime Drama Thriller
The series tells the story of FBI agent Emily Byrne (Stana Katic) who, while hunting one of Boston’s most notorious serial killers, disappears without a trace and is declared dead. Six years later, she is found in a cabin in the woods, barely alive and with no memory of the years she was missing.
Share on:

Welcome back Stana!!!
Filmed in Bulgaria, this suspenseful drama is acted out by some very talented stars from around the globe.
I will enjoy trying to discover who-done-it, as the body count increases.
After watching the first two episodes I believe this series will not disappoint.

This mystery thriller keeps you wanting more. You really don't know what can happen next or where the story is going. I got hooked almost instantly. Addictive first season, really want to know what happens next, eagerly awaiting for season 2.

Given that there isn't much on TV during the holidays I thought I've give this a shot. I managed three episodes but it is rather predictable and lacking in originality so I gave up.

First season was a true suspense in my opinion. I really enjoyed watching it. I would recommend it.

Just binge watched this excellent show. It was a dark drama, almost unrelentingly dark with few humorous moments, but that was the story.
Katic did her usual great job and the rest of the cast were adequate but unknown to me. After decades of watching police procedural shows it is hard to create something completely new. The plot was a kind of remake of a Law and Order episode.
The story leads us down blind alleys, puts up believeable theories , and in the end surprises us all.
I don't see how there could be a secnd season unless it is a True Detective style with separate and stand alone serialized dramas.
I will say that it could easily have been shortened by a couple of episodes, but all in all it was enjoyable and entertaining.
Good winter binge show for all those wasted award show nights.

Will watch the development of this show. After the split with the last actor, not sure what to think. Very much character mobilized.

A very interesting mystery. Every time you think you have it figured out, something happens that changes your mind completely. A definite worthy show to watch.

I tried to give this POS a chance but it failed on every level. The acting is atrocious. The writing, pacing and directing even worse. the cinematography is horrid and boring. Terrible show avoid at all cost.

I've watched 4 episodes. The story isn't great but not awful either. The audio is weird, especially the fake footsteps. Whoever was in charge of foley is an amateur. There is definite talent in the cinematography department. The acting falls short of being mediocre. It seems that they retained a lot of poorly executed scenes to save money. This show could have been much better with a bigger budget. It's watchable if you are really bored and can't find something else to entertain you. I decided to do my laundry instead ;-)

Really enjoyed this mystery - great acting, good couple of twists in there and it definitely kept me guessing. Feel the ending was too weak and therefore a real let down to me - the motive for the main villain was IMHO very flimsy and not enough flashbacks to the main character's childhood to warrant the extremes that the villain went to. A stronger ending would've made me rate this one higher.

My initial rating after watching the first episode was 3.
I have so far watched 10 episodes.
I have since adjusted that rating to a 4.5.

The plot is very complex. Difficult to explain at the pace a show has to move so it is fine grained in little details, some laid out right in front of you and some you have to figure out.
The people are normal people. Some are trained others are just doing what they do out of hobby. Like normal people.
The setting is nice, nothing exceptional about it if you think about it.

But what happens ... Well it's not something that should happen. Not something you, or even trained assassins would be ready for. Some things are punishable while others, you don't know how. If you take all the nice stuff above away you are left with a story that you have no words to describe other than it should just not happen.

I honestly don't really sympathise with this Stana Katic woman or any of the leading cast but they are genuinely acting. It gives the characters credibility and I really enjoy that while most of them are probably models they still envelop normal human beings.

In the year of parodies I wanted to watch this to get a few laughs but I was hit by a wall of really good stuff. Here and there you see some minor flops like poor sets or some clues laid out 10 years ago but no dust so you can get it as a viewer but it's all good.

For me this show is between True Detective and the old 90's Nikita. I want to see at least another season, hopefully with a much bigger budget !

2 episodes so far & I feel like the story is moving too fast. It all seems rushed? ...just watched the first two episodes and I like where this is going, hope it's not a letdown.