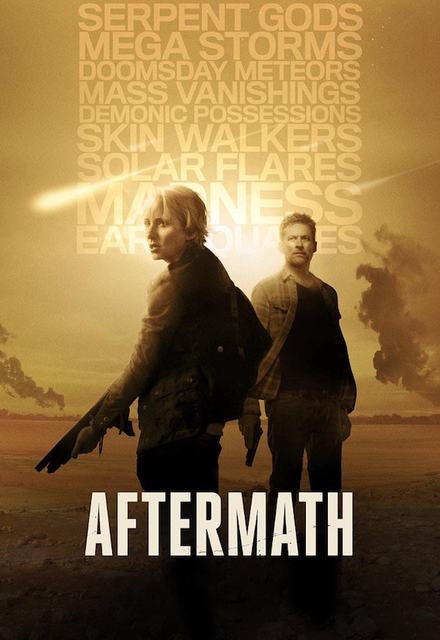 Avg Rating (3.07)
Your Rating
Tuesdays ,10:00 PM EST on Syfy
Tracked 1,815 Times
Concluded
1 Seasons, 13 Episodes
60 Minutes
Buy or StreamAmazonAmazon UK
Futuristic Post-Apocalyptic Syfy
A family (led by Men in Trees‘ Anne Heche and James Tupper) battles for survival after civilization comes to an apocalyptic end and they are faced not only with plague, but the rise of supernatural creatures.
Share on:

Ohhhhhhh boy. I honestly didn't think it was even possibly for a show to be quite the unoriginal. Its pretty insane, to be honest. If you could copyright an execution of a concept, this show would have like 30 lawsuits. So, its like a mashup of Z Nation, The Walking Dead, Fear the Walking Dead, Dominion, Van Helsing, and Ash Vs. Evil Dead. Only, this show takes place from the perspective of a helpless family who can't fight back. So it's going to be an entire season of running around, and freaking out over every stupid thing they can throw at us.

Just thought I'd give a heads up and say that Episode 2 wasn't as bad as I thought it would be. It seems to be getting a little bit less stupid and more supernatural. Characters are developing backbones and personalities, and the emotions seem fairly authentic for the ridiculous circumstances. If you find Fear The Walking Dead to be the most boring trash on TV, maybe you'll find this one more exciting.

Perilous times are upon us... are you ready? Anarchy, desolation and supernatural phenomena is what comes in the" Aftermath". This show is an apocalyptic science fiction of a family trying to survive after the planet is struct by disastrous and or biblical events. The show is low budget and the cast is weak... another plug show by Syfy... so disappointing. WHERE ARE THE GOOD OLD SYFY SHOWS???

ALL REVIEWS FOR AFTERMATH »