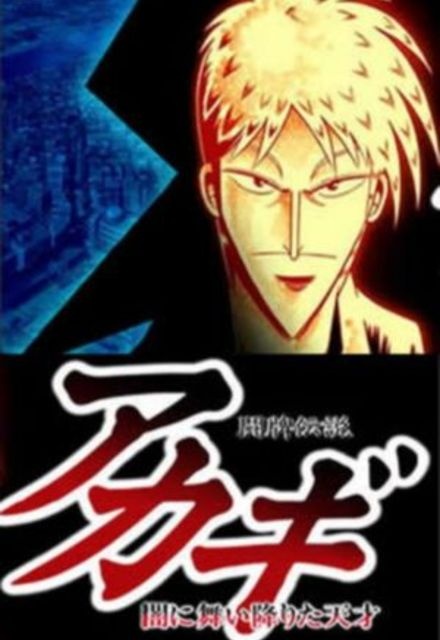 Avg Rating (0)
Your Rating
Mondays
Tracked 18 Times
1 Seasons, 26 Episodes
Buy or StreamAmazonAmazon UK
Anime Sports
Akagi is a Japanese manga that started in 1992 written by Nobuyuki Fukumoto about the game mahjong. It is featured in the weekly magazine Modern Mahjong, and has even been adapted into a movie because of its popularity. It is a prequel to the author's previous work Ten, which covers Akagi's titular character's later life. In the fall of 2005, it began its run as an anime series on Japanese television for 26 weeks.
Share on: Its an intelligent anime which makes it very interesting but i got bored near the end because it became very repetitive in the last 6 episodes. Also I would have enjoyed it a lot more if i knew about the rules of mahjong. Not knowing them made a lot of the information irrelevant so if you don't know them don't watch.

ALL REVIEWS FOR AKAGI »