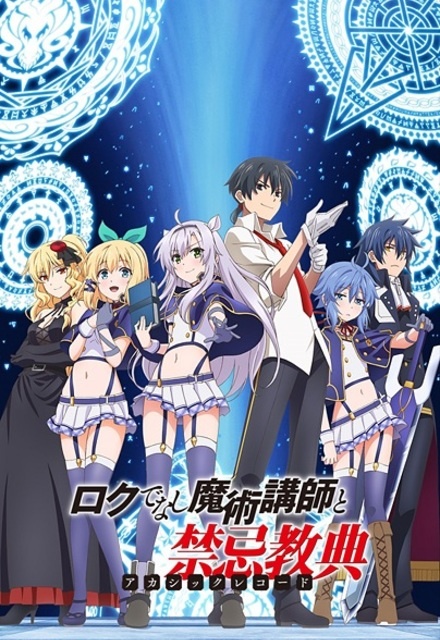 Avg Rating (3.56)
Your Rating
Tuesdays, 3:00 AM EST on Crunchyroll
Tracked 30 Times
Current
1 Seasons, 12 Episodes
30 Minutes
Buy or StreamAmazonAmazon UK
Anime
The Alzano Imperial Magic Academy is located in the southern part of the Alzano Empire,and is among most prominent magic schools in the world, where students can learn the highest forms of magic. All those who strive to learn magic dream of studying at this academy, and its students as well as its teachers are proud to be a part of its 400-year history. Glenn Radars is a new instructor who has suddenly been appointed to teach part-time at this highly respected academy. The previously unheard-of lessons of this man known as a good-for-nothing bastard are about to begin.
Share on:

this anime is a slice of life action filled magic series. it centers around one classroom and it students. the students are not the elite the main hero not all perfect and can kill a million people at once he a really good magic user who knows his faults who comes to the school to stop being broke but soon starts a adventure into his past. it a great story i hope there a second season.

ALL REVIEWS FOR AKASHIC RECORDS OF BASTARD MAGIC INSTRUCTOR »