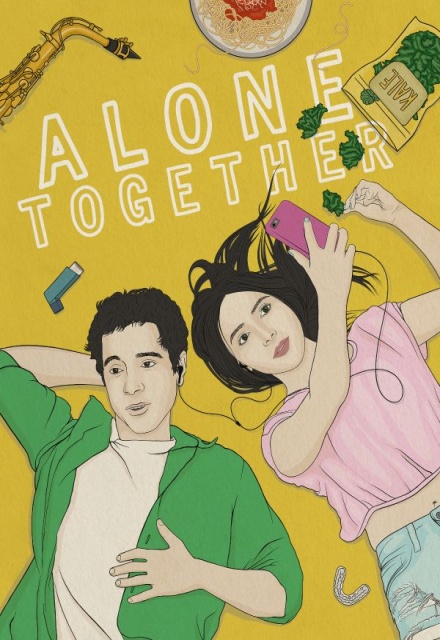 Avg Rating (0)
Your Rating
Wednesdays, 8:00 PM EST on Freeform
Tracked 1,012 Times
Concluded
2 Seasons, 20 Episodes
30 Minutes
Buy or StreamAmazonAmazon UK
Comedy Freeform Teen Teen Comedy
Alone Together centers on Esther (Povitsky) and Benji (Aflalo), platonic best friends who want nothing more than to be accepted by the vain and status-obsessed culture. Despite their sometimes contentious relationship, when push comes to shove, they’ve got each other’s back…and they have nobody else to hang out with.
Share on:

My boyfriend absolutely hates this program, hates when i put it on lol. To me, this is like your background program, like i know what's going on but i'm not completely paying attention. It's quite funny, it's not that creative or anything. Just my in between program when I need to do something before putting on Power or something

The first couple of shows were ok, but it soon settled into a formulaic inane joke setup after inane joke setup, and I only use the term joke here because I don't know what else to call it. They are trying to be funny, but in this weird low IQ kind of way that only the characters on screen seem to think is funny. Kind of the way an idiot laughs at their own jokes and everyone else rolls their eyes and walks away.

ALL REVIEWS FOR ALONE TOGETHER »