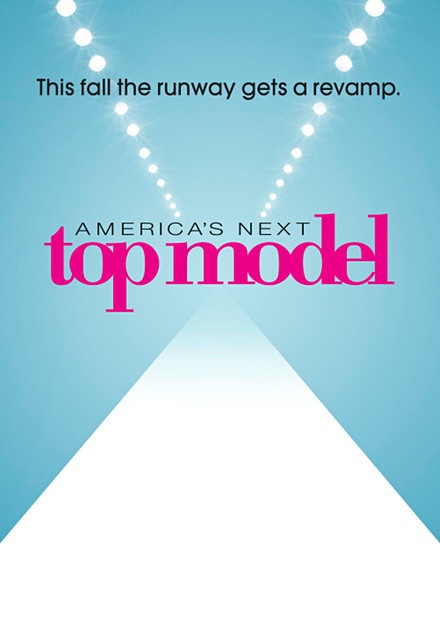 Avg Rating (0)
Your Rating
Thursdays, 9:00 PM EST on The CW
Tracked 72,702 Times
Hiatus
24 Seasons, 324 Episodes
60 Minutes
Buy or StreamAmazonAmazon UK
Competition Fashion Hobbies & Lifestyle Reality The CW VH1
America's Next Top Model (often abbreviated as ANTM) is a reality television show in which a number of women compete for the title of America's Next Top Model and a chance to start their career in the modeling industry. The show was created and is hosted by talk-show host and model Tyra Banks, who also serves as the head judge and executive producer of the show.
Share on:

OMG I love this show! I don't know if its the beautiful people, or the beautiful pictures but I love it! I also am an addict for elimination type TV shows. I would never want to be a model, but that doesn't mean I don't enjoy others striving to be! And I like how the later seasons show you more about actually being in the house together. And that they have men to!

Just one of my guilty-pleasures. The quality of the show has gone downhill throughout the years, but I doubt at this point I have the will to stop watching it.

I haven't watched this show from the beginning but from the seasons I have watched, these are my thoughts - ANTM has its share of exaggerated female drama and unfair judging, and I'm not a fashion/photography expert, but at times I'm baffled by some of the judges' preferences, critiques and decisions. The new 'Guys & Girls' theme which began in Season 20 has been somewhat ridiculous - particularly in episodes where the guys are emasculated to wear fake nails and look like drag queens. Also, it's difficult to compare male and female models in some shoots particularly in those which are female-orientated as the females have an unfair advantage - thus, I don't have high hopes for Season 21 which also has the same theme. The most important aspect of the show (the modelling) is weak, particularly when you look at the 'best' photographs of each model, and there are only a handful of models who are consistently strong with their modelling and not 'one trick ponies' - maybe good amateur models don't consider applying to the show now since it's such a joke? With that said, I don't think ANTM will survive much longer, and to counter that, Tyra needs sort things out - ASAP! super addicted to this show. Every season i like to pretend that i am not going to watch it and get addicted. Let's just say that has not worked for the last 324 episodes and it will deffo not work for the next season to come. 21 seasons and still going strong. This show is the ultimate background show will you're doing the dishes. I love all the creative fotoshoots and seeing the progress the models make. It's just a shame they never really do a recap on how the models are doing six months after the show ends, because that would make a really interesting show!

By looking less repugnant than the others, it comes off looking almost attractive.

Pretty girls, this one just isn't my cup of tea. America's Next Top Model is back from the dead, and I'm not sure how to feel about that.

No longer with TyTy at the helm, Kosovan/Brit jack of all trades Rita Ora is now the presenter with OG Banks serving in a Exec Producer and I'm guessing consultant role. Add to that an all new panel of judges, including one familiar face and two less familiar rounding out the pack, and I'm craving a fix of Miss J for a sense of something familiar. This is ANTM, but not as we know it!

On the plus, early indications is that this season is much more about the modelling and less about cat-fighting and pushy type A personalities, which is a welcome turn of events. There are still a tonne of pretty girls, and we've already had a few sob stories in episode one so pretty standard on that front.

The show just has a new vibe, as well as all of the new faces, so it will take some getting used to, but it's not so off-putting that I won't give it three episodes to see if it's a keeper. This show isn't as good as it was in its prime, but it's still better than 80% of the hundreds of reality shows out there. Adding guys to the competition was genius, and probably saved the show from tanking in the last few years. Whenever there's a marathon on though I'm always hooked.

Absolutely love this show, a deep dive into modeling and each and every fiercy personality coming along with it. Even every single time Tyra said 'You will still be in the running towards becoming..." I couldn't turn this off for 18 seasons. Stopped watching after the J's left, a part of the primary things that made this show so loveable. Will never forget all of the amazing girls though! Always fun - could never do it myself but feel like I know it all by know. How to be on TOP! THIS SHOW IS GOING TO BE FOREVER,MY SHOW!! I LOVE IT SO MUCH!! I COULD WATCH THIS EVERYDAY!! :) Years of watching women (and men) compete with taking interesting photos that never seems to get old.. Every season feels fresh and new. I love Tyra Banks and she's created a name for herself, love seeing other women on this show do that too.

No more Tyra Banks on ANTM, and even more surprising: it's still the same show. For better or for worse. A really nice show where you simple don't have to think while watching. The early seasons are much better than the newer ones, if you ignore their early 2000's fashion sense (;