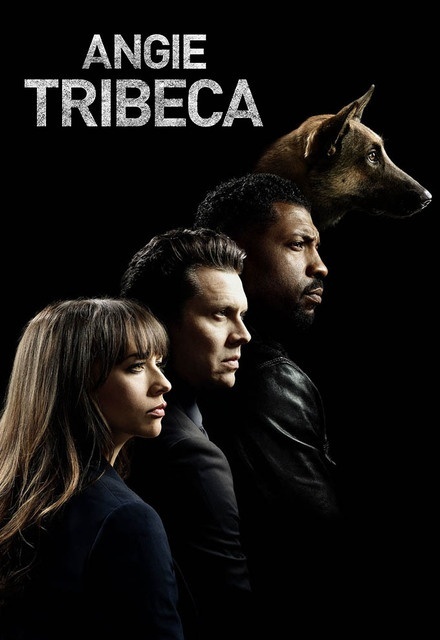 Avg Rating (0)
Your Rating
Sundays, 10:30 PM EST on TBS
Tracked 2,201 Times
Concluded
4 Seasons, 40 Episodes
30 Minutes
Buy or StreamAmazonAmazon UK
Canceled Comedy TBS
Angie Tribeca is a satirical look at police procedurals. The single-camera comedy, whose pilot was written by Steve and Nancy Carell and directed by Carell, focuses on an eccentric but brilliant group of LAPD detectives who investigate crime, reveal way too much personal information and refuse to rest until justice has been served…sort of.
Share on:

If this is any indication of what future comedies are going to be like then it will be a sad sad future for comedy... If this show doesn't get cancelled or worse gets renewed I'm going to swear off of comedy shows all together. .. this was horrible.

Created by Steve Carell, the humour in this show sits halfway between Brooklyn 99, and the insanity that is NTSF:SD:SUV.

This is supposed to be funny?

The vibe you get from this is the comedy shows from the 70's-80's that would put "humor" right in your face. Now this might not sound like something that bad until it gets mixed up with awkwardness and the horrible script. Not only does this show fail to be entertaining, but after finishing a single episode I felt like I needed a shower.

Angie Tribeca is binge worthy television. Originally airing the series in back to back episodes, this show's premiere was a day and a half event. The show is funny satire, and the always amazing Rashida Jones makes this show a must see! You will either love it or you will hate it. I've yet to encounter anyone who is just okay with it. I personally love it, the humour is at the same time very clever and very dumb. The visual gags are delightful and I love the deadpan deliver and dry sense of humour. Rashida Jones shines!

HILARIOUS!
Though I can only do it in spaced out pieces, not a show I can binge watch. Angie Tribeca is a boring, often witless parody of overdone police procedural. I kept hoping it would turn into the cop show equivalent of the Naked Gun movies but the lack of charisma and charm makes the show a goofy parody of parodies.

This show made me see how easily amused I can be sometimes. Every episode so far has absolutely cracked me up! I love the concept of the show with its puns, irony and literal humor. I also like the cast and Rashida Jones, as always, is doing a fantastic job. This show is a great one to sit back, relax and enjoy some light comedy. I've literally just watched 11 minutes of the pilot and I paused it so I could share my happiness of having found this gem with the world.
Angie Tribeca is a parody cop show created by Steve Carell and Nancy Walls and stars Rashida Jones as the title character. As if you need any more reasons to start binge watching this rn! (Shoutout to The Office and Parks and Rec fans)
The show is stupidly funny. Do not underestimate how stupid this is. You will ONLY love it if you like parodies like Airplane, Scary Movie series and the Naked Gun series. I honestly do not remember the last time I got hooked on to a series this fast!

What if the movie "Airplane!" was a police procedural????

I get what they're trying to do with the Police Squad type jokes, I just don't like it. Only watched one episode though, but since the whole season came out in one go, they won't have a chance to reshape as they go along.

Can someone tell me if Angie Tribeca ever gets better? Seriously? I desperately want to like this show. I like these creators and the actors, but I just can't. It's so bad. The writing, the slapstick... Just... Ugh.

Can you even believe it?

I couldn't get into the humor of this show, not my style.

It's silly and funny, a lot like Brooklyn Nine-Nine (same type of humour) except most of this is mostly outside the precinct. Good acting scripts and lots of humour. Worth the watch to me.

Season 4 SFD is quite a bit better than the cop show. Same type of humor but more thought out and did not distract from the story as the other 3 seasons.

This was so bad I had to quit after the first season. Love Steve Carrell, but this was so dumb it was far from funny.

The first 2 minutes are so stupid that I can not imagine it getting better. Its reminds me of the Police Academy movies.