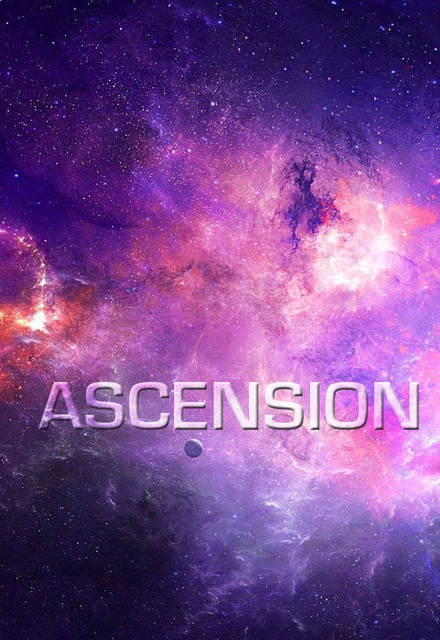 Avg Rating (0)
Your Rating
Sundays, 9:00 PM EST on SyFy
Tracked 4,363 Times
Concluded
1 Seasons, 3 Episodes
120 Minutes
Buy or StreamAmazonAmazon UK
Alternate History Drama Miniseries & TV Movies Science Fiction Space Syfy Thriller
In 1963, the U.S. government launched a covert space mission sending hundreds of men, women and children on a century-long voyage aboard the starship Ascension to populate a new world. Nearly 50 years into the journey, as they approach the point of no return, the mysterious murder of a young woman causes the ship’s population to question the true nature of their mission.
Share on:

One of the best in some time if you are into scifi :)
My gal is angry it was soo short lol

(This review is based on the first episode alone) Ascension is absolutely enthralling! It has everything that makes an epic sci-fi: science, action, suspense, mystery, drama... as well as interesting characters, awaiting to unfold. Very excited to see where this journey goes!

An imaginative and ambitious series, Ascension is Syfy's return to a more elegant and thought-provoking branch of science fiction.

I wasn't that enamoured of the acting during the first half of the first episode. It seemed stilted and just a little off. But I'm a real sci-fi junkie, so I persevered and the twist at the end of the first episode more than rewarded me. I have continued to watch with baited breath as the 600 souls on-board Ascension try to contend with fraught dangers and personal problems. The acting seems to be deliberate, a bi-product of the weird and wonderful world of Ascension.

I have watched three episodes as I write this and can't wait for the next installments! Unfortunately, I cannot, in all good conscience tell you anymore about the plot of this excellent show without possibly giving out spoilers. Suffice to say, just when you think you know where things are going, they change direction - abruptly. If you like your sci-fi stirred with conspiracies and a good sprinkling of paranormal, this is definitely the one to watch.

Great show, fantastic premise. Every episode had me wanting more. When is the new season starting?

Edit: Can't believe the series was cancelled. It had such great promise for the future episodes. Hope another network picks up this show

COME BACK WITH MORE PLEASE! Oh my lawwdy was this amazing! The story line was fantastic! I was not expecting the great reveal of what was truly going on! I absaloutley ate it up!

Really liked this show, interesting concept and decent acting. Reminds me of the 2009 movie Pandorum, but they never left earth.

Ascension is a science fiction drama thriller that will take you into space without actually leaving Earth. I feel the writers and developers of this mini-series did an excellent job to balance drama, thrill and produce a riveting storyline. I recommend this show to anyone who has the means to see it.

Lost: space society version. Am I right? It was good for a mini series but bordered on cheesy at times. An interesting concept that got lost towards the end. Absolutely loved this and I hope they continue with more episodes or another series. The ending of the first episode alone is well worth watching. The plot of this show was good but the decision to conclude it after only one season was a good choice as I personally could not see how to develop the story or characters even more.

Great sci-fi mini-series. It feels like this could actually happen and the story is really engaging. Great watch.

This was actually pretty bad... BUT it was summer and there was nothing else on TV. Put in that perspective, it is worth your time to watch the three episodes. But if this is ever developed into a full series, there's no need to waste your time.

This miniseries is quite interesting. Although the plot feels a bit unfocused, I enjoy this series for the worldbuilding (what happens if you put 1950's Americans in a box and close it for 50 years), the nice sets and solid performances from TV veterans like Tricia Helfer, Brian Van Holt, Gil Bellows and Brad Carter.

The first few episodes introduce an interesting, slightly confusing story, but I'm curious to see how it all ends. I'm not a huge fan of sci-fi, but this was a good one. Great storyline and visuals, lacking a bit in the acting department.

An engaging story with elegant design and acting. The visuals are beautiful and the premise is very interesting. The story is one unrivaled and this is a scifi love letter

Great acting, amazing plot (it really sucked me in) & I especially like that Netflix cut this up for me in 6 parts.
The only thing that I dislike is that there won't be a second season, because I really need to know what happens next!