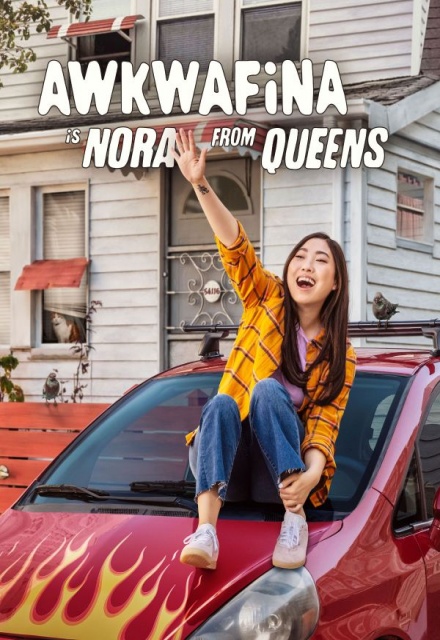 Awkwafina Is Nora from Queens

Avg Rating (0)
Your Rating
Wednesdays, 10:30 PM EST on Comedy Central / MTV / Pop
Tracked 405 Times
Hiatus
1 Seasons, 10 Episodes
30 Minutes
Buy or StreamAmazonAmazon UK
Comedy Comedy Central MTV Pop
Awkwafina stars in the half-hour scripted comedy inspired by her real-life growing up in Flushing, Queens. Raised by her dad and grandma, alongside her cousin, Nora Lin leans on her family as she navigates life and young adulthood in outer borough-NYC.
Share on:

Awkwafina is a comedian and most of time, quite funny. She does an amazing job with someone else’s words. Leave the writing and production up to her, as in this series, then it starts lacking. So far, the only funny character in this show, is the one that plays her grandmother. I truly hope her writing gets better, but doubting it will.

I was hoping this would be something like a chinese girl version of Fresh off the boat, perhaps even an adult version.

But I have to agree with Kelly Munn Bly. The writing comes across as if it was written for children and / or by children. But the programme has adult themes, including sex and drugs.

I do not get why the show is named "Awkwafina Is Nora from Queens". You dont see other actors naming a show after them. Could you imagine if all of DC shows were named after their main actor, or if the Big Bang, was named after their stars? I dont think them shows, would have worked out so well.

The more famous of the show's actors is, BD Wong, who is being wasted on this show. BD Wong is famous, having played various characters, on many TV shows and films, including Mr Robot, Jurassic World, Gotham etc. So what made him wake up one day and agree to this script, is beyond me.

As Kelly Munn Bly has commented on, the better character is the Grandmother. The grandmother is cheeky, funny and has some great one lines. I would rather have watched a show based on her, than some 30 year old girl, who lives with both her dad and grand ma.

ALL REVIEWS FOR AWKWAFINA IS NORA FROM QUEENS »