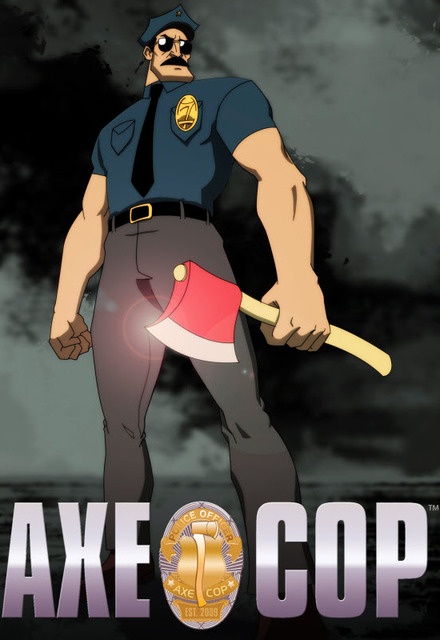 Avg Rating (0)
Your Rating
Saturdays, 9:30 PM EST on FOX
Tracked 369 Times
Hiatus
2 Seasons, 22 Episodes
15 Minutes
Buy or StreamAmazonAmazon UK
Cartoons & Animations Comedy FOX FX Grownups
The series tells the tale of a cop who wields a firefighter’s axe as a weapon and frequently issues threats to chop heads off with it. Thankfully, the series throws in a flute as the cop’s partner, a mini-gun-toting Tyrannosaurus Rex and a magical baby with a unicorn horn – just to make sure Axe Cop is about more than head chopping. If this premise sounds either wildly similar to something David Lynch would conjure while on a bender – or delightfully childish, the latter would actually be an accurate assessment.
Share on:

One of the most random yet intriguing series I've ever seen.
The Anime isn't particularly great but the storyline and the action is so ridiculous that it makes the series quite funny and interesting. If you want a show which has some wierdly funny fights, then this is the show to watch.

This show is brilliant.