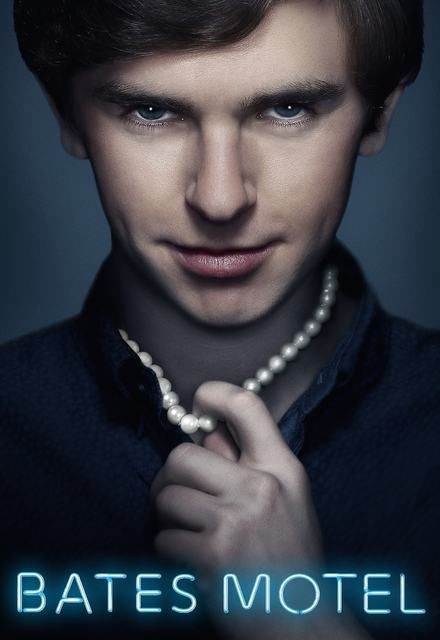 Bates Motel is a prequel version of Psycho set in modern times. What makes this show so successful is it's ability to tell a dark story well. Watching as main character Norman begins to unwind and his mother Norma protects is riveting.

Very chilling psychological drama. It gives a great insight into how someone can have multiple personalities and not even know about it. The fact that it is based on a real story just makes it all the more intriguing.

This show is off the chain! The writing and acting is so----good. I can't wait for it to start next week.

If you're a fan of Psycho, I recommend reading/youtubing Slavoj Žižek's analysis of the film, and how each floor of the Bates motel relates to different parts of Norman's psychology - Id, Ego, and Superego. It's super interesting, and brings a whole new dimension to the movie at least.

What Can I Say About Bates Motes? It's Filled With Action, Suspense And Just The Right Amount Of Creepy! The Complexity Of The Characters Is Unparallelled! It's A Great Series, It's Bold, Daring, Bloody And Bordering On Immoral!! It's Unique! Creepy and stunning. Their relationship has you cringing.. it's a must watch!

The starts off a little slow but develops into something deviously captivating. The story is sadistic; about a dysfunctional family trying to run away from its past and start a new life. The bond between mother and son is twisted and corrupt. I recommend this show.

Really great acting on this show... such that I can't watch it right before bed because Norman is creepy as hell!
The only thing this show needs is a new network... A&E is too small for this show and it needs better marketing. Other than that, it's perfect and I highly recommend it.

A fascinating and exciting show which perfectly illustrates the fatal impact of a highly dysfunctional mother-son relationship on both Norman and Norma. Great cast and great writing. I like the inside-look one gets into a psychopaths mind. The only thing I don't care for is the whole thing with the drugs. It seems a bit far-fetched. Other than that it's a great show.

Having seen Psycho, this was a must see to understand the origins of Norman Bates. I must say, it has been a thrill to watch.

A great twist on a classic. I was a little nervous at first after reading the book and watching the movie, however its a great way to develop Norman Bates backstory. I strongly recommend watching it.

At first its a little weird, and might take a little to get used to, but it's well worth it. This is so well written and i love how each character grows and how what you thought was true in the beginning is completely wrong. The relationship between Norma and Norman makes me kind of uncomfortable at time, this show is very Kubric-esk, it reminds me of Clock Work. It's worth giving a chance, but I'm still on the fence.

Hmm, this is a bit of a strange one. Wouldn't dream of missing an episode, but at the same time am not sure how much i like it. The story is certainly engaging and the acting top notch, but somehow the story stretches just a little too thin, there's too much else going on that could be tv shows in themselves: the drug ring: the sick girl trying to fit in with her peers; the unhinged mother. While it works in some respects, I often find myself urging the writers to just get to the point. That said, by the conclusion of the second series we did seem to be focusing more on Norman's problems and developing the arc of the character that leads to Norman Bates - aka Psycho.Will just have to see what season 3 brings

I just can't say enough about this show. The entire origin story of Norman is very intriguing and the acting is spectacular. It is very interesting to have a peek in the life of Norman Bates as an teenage boy. His development is very scary and that makes the show so good I think.

I have a confession to make. I have never seen Psycho. I keep meaning to but every time I go pick up movies I wind up finding new ones I want to watch. However, this means I'm not biased by the inevitable movie comparisons.

This show is good. Well written and creepy. They do the violence in a way that makes it horribly clear as to what happened without actually showing much. That takes good acting and good directing.

Freddie Highmore manages to be sympathetic and creepy which can be difficult to balance. Despite knowing where he is heading I can't help hoping for him to turn it around.

Vera Farmiga is really impressive as well. It doesn't take long to why she has been nominated for this role for quite a few awards.

Also, bonus points for Nestor Carbonell and those gorgeous eyes.

I hope it continues for a long time without jumping the shark.

Alfred Hitchcock never imagined the impact of his thriller, much less that someone would be interested in creating a prequel. Bravo to Freddie and Vera for giving life to the most outrageous fiction-duo of the 1960's!!!