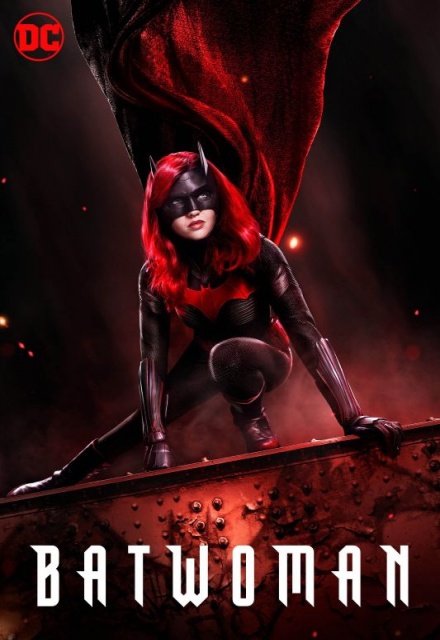 Avg Rating (0)
Your Rating
Sundays, 8:00 PM EST on The CW
Tracked 5,737 Times
Hiatus
1 Seasons, 20 Episodes
60 Minutes
Buy or StreamAmazonAmazon UK
Action LGBTQ Superheroes The CW
Follows Kate Kane, an out lesbian and highly trained street fighter who soars onto the streets of Gotham as Batwoman, primed to snuff out the failing city’s criminal resurgence. But don’t call her a hero yet. In a city desperate for a savior, Kate must overcome her own demons before embracing the call to be Gotham’s symbol of hope.
Share on:

I think someone else might have been better for the part of Batwoman. Nothing seems or feels right about her in this part, the acting or the look. Not totally sure, but she just doesn't seem right for the part. Just can't get into this show.

I usually don't rate shows after only having watched one episode but this is one of the few times I feel compelled to do so. I thought this show was going to suck based upon the guest role that Batwoman had on Gotham last season, but I was wrong. It appears that Ruby Rose has grown into the role more so than she had in the Gotham arch. Another thing I liked about the show is that it was, for lack of a better word, "glossy". It was filmed in an almost movie-esque fashion (similar to tonight's opener of TWD) the quality was higher and although I'm not into film and have no idea what the change in filming is, it looked great. It's only a 3.5 now, but I can see this show improving as time goes on. The backstory was great and I liked the reveal at the end, it let's viewers know the focus of the next several episode and the story arc, which is the perfect superhero trope, in a good way.

As a woman, one thing I hate about female superheroes is when the women who are cast as the superhero are skinny rather than athletic or toned. Do you recall how buff Lena Hedley got when she portrayed Sarah Connors in the Terminator TV show before she was in Game of Thrones? Well, that's how I like to see strong female characters look when the strength required is physical. I can suspend my disbelief only so far to think that this skinny, frail framed woman can actually physically take down a normal sized woman let alone a man. Even the current Supergirl, while not very athletic is at least a normal healthy framed woman. That's a casting issue but I do see strength conveyed by Ruby Rose emotionally so I'm sure I'll get used to it eventually.

As for people who review this show with nonsense about LGBT being "pushed onto us and our kids" and calling LGBT "perverted", let me get one thing straight, I'm heterosexual and unlike that poster, I am not homophobic or ignorant. Here's the thing, if you don't like the show, don't watch it. And if you don't want your kids to watch it, don't let them... my God, the TV has an off switch and the ability to change channels and the ability to block content. But if you are ignorant then you wouldn't know that. All a parent needs to do is talk to their children but most parents don't talk to their kids about sex whether it is heterosexual sex or not. It sounds too simple to be true, but all you have to do is ensure your kids are watching AGE APPROPRIATE shows. I'm 45 and my parents didn't say a word to me about sex, and if they had, I'm certain that I would have not lost my virginity the way I had. So yeah, COMMUNICATION is what parents should be doing with their kids about ALL types of sex, and violence for that matter. Don't be ignorant like the other reviewer, change the channel if you don't like a show and RAISE your kids by openly communicating with them about subjects you feel are important. I can only hope that homophobic comments like that aren't passed down to children, comments like that need to end... people are people regardless of who they chose to have sex with.

I realize it was only the pilot, and a CW show, but I was unimpressed with the acting. Hope it gets better. :( No, just no.
There are certain expectations from a show like that . Actors are just mediocre , from the protagonist down to the kid looking after Wayne enterprises, their performance is almost amateurish .

I tried with this thing I really did but Ruby Rose is not a good actress even less so when she keeps her clothes on. The direction is bad, the writing is atrocious the set design pedestrian and don't get me started on that wig.. In short once the Crisis parts are over I'm done.

Based on the pilot it's an excellent start to a new show. Established the new hero quickly and competently, without overdoing the drama. Ruby Rose did a great job, so that's very promising. Despite the low lighting it's still not as grimdark as much of DC's stuff. I'm also glad that they revealed what they did in the final moments, rather than dragging it out over half a season or more.

Just awful from the get go.

I tried. It failed. I couldn’t wait for the fist episode and now I have watched it. It was awesome, such a good act.

I was skeptical about this bc of the whole batwoman thing. I get it with the female inclusivity. Totally up for that but I don't know rob y rose definitely needs way more work on her acting. I don't know if she is the "perfect" person for this. However she may grow into he role later on but then again should someone grow into it or just be the right person for it. I chose to watch after a trailer as I watch a lot off these kind off programs. I never watched Batman so was not sure if i'd like but its ok and you dont need to have watched Batman but not one off my top 20 programmes to watch

Ive tried! I cant do it anymore the acting is just so mediocre thr pick for batwoman us just WRONG its so bad that even though I watched the last two episodes im not even sure whats going on since the doppelgänger got shot I completely switched off

Got to admit that I thought 'another one!' when I saw this advertised but have been pleasantly surprised. Dark for the most, love Alice!

Sorry, I made it to the mid-season finale but only because of the major crossover they were doing. But it wasn't even worth that one. The shoe-in into the crossover was totally not necessary. At all.
This hole show is just awful. For a while there, the only reason I was watching was Rachel Skarsten as Alice. She is awesome. But even she cannot carry the whole show on her own. The writing is bad, the acting is beyond awful and Ruby Rose is totally not believable as Batwoman.
Two stars because you have to give ONE and the second goes to Rachel Skarsten. It's only its first season and I already feel bored. I don't know, I'll try to give it a shot.

Ruby Rose does a fantastic job as Batwoman, and the show does a great job of sending across social messages in an enjoyable manner. The plot of the first season is slightly generic but I'm here for the action scenes and the Ruby x Tessa moments.

Can someone share me the Link to View Batwomen