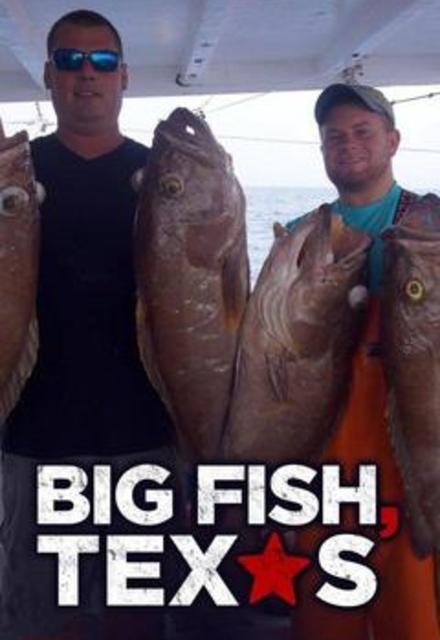 Hiatus (United States)
1 Seasons, 8 Episodes
60 Minutes
14 tracks
Buy or StreamAmazonAmazon UK
Jobs National Geographic Reality
In "Big Fish Texas", travel from the frigid waters of the North Atlantic to the unpredictable waters off Galveston, Texas where Katie's Seafood Market processes a staggering 25% of the fresh fish commercially caught in the Gulf of Mexico. Katie's is the epicenter of the fishing empire built by businessman, commercial fisherman and prior service Marine Buddy Guindon. Managing a kingdom with Katie's scope and scale is no easy task. Galveston is the second busiest port in the US, and Buddy grapples daily with an uptick in competition, a Washington bureaucracy, and the Gulf's tempestuous waters - all while being committed to creating a sustainable fishery. Unable to do it alone, Buddy relies on his sons - Nick, Ricky, Hans and Christopher - his wife Katie, his brother Kenny and his father Greg for help.
Share on: