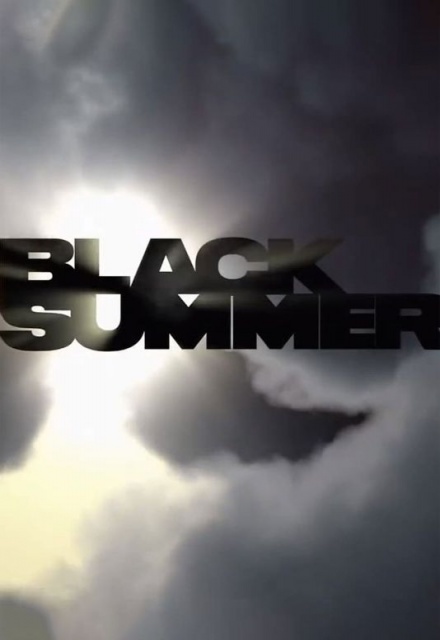 Avg Rating (3.33)
Your Rating
Thursdays ,3:00 AM EST on Netflix
Tracked 747 Times
Hiatus
1 Seasons, 8 Episodes
30 Minutes
Buy or StreamAmazonAmazon UK
Drama Horror Netflix Thriller
In the dark, early days of a zombie apocalypse, complete strangers band together to find the strength they need to survive and get back to loved ones.
Share on: UPDATE: I wrote the rest of this review after 2 episodes, but then I went and finished the season anyway. I hate-watched it for lack of anything else to watch. A full viewing does not change my review. From pandering to Korean audiences with a rambling, unnecessary, 2-minute Korean monologue (without English subtitles), to zombies that follow no discernible logic, to people firing weapons THROUGH other survivors--it might not look that way from the camera's perspective but they are definitely consistently firing through each other in the final episode. This show is terribly bad.

ROSE - So these parents want to get themselves and their daughter to the "Stadium", which we must presume is a military Safe Zone. Cool. Except Dad's hiding a wound and trying to sneak in. Not cool. There's always 'that guy', who hides a wound, dies in the safe zone, turns into a zombie, and destroys the safe zone. No sympathy for this family anymore. When Dad dies, though, I did expect some sympathy from his wife. He asked her to abandon him to go to their daughter (who gets on the military escort without her parents). Rose refused, hysterically, but then when Dad turns, chases her, and gets his head blown open right in front of her, she switches gears faster than Vin Diesel and walks past his corpse like it was a pile of dirty laundry.

RYAN - I just wish they had let us know a little sooner that this guy was deaf and not just some thunderstruck moron who seemingly had no clue what was going on anywhere, as if his eyes weren't working. It makes deaf people look incapably dumb, which is pretty bad considering it's likely a move to make this show "progressive". Then a random Korean woman shows up out of nowhere and starts shouting at him, in Korean, to follow her closely.

LANCE - Holy Grail of Bad Acting! Passive-Aggressive fighting in the middle of an intersection...I see where this is going. What I don't see is how a seemingly-normal human being stands in the middle of an intersection and fails to see or hear the giant truck that plows her over. I have not-the-best hearing, but cars don't "sneak" up on me. And the driver didn't see her? He/She must have had eyes off the road for at least 10 seconds for that to be possible. And then Lance shouts, "Baby, Please!" which is the worst-delivered line I can think of in recent memory. Then he just runs off because he knows she's going to turn the moment she dies. Our first zombie! Then we get to follow her as she runs around being a terrible zombie and not catching anyone until she finally gets a meal!

SPEARS - Ah, the "soldier" who saved Rose by blowing her husband's brains out isn't a soldier at all. Shocker! He talks about money, "knowing stuff", and this being the reason he's under military arrest. Convinces a stupid soldier to follow him into the bathroom where he kills him and takes his uniform.

BARBARA - Barbara is an old white lady, and the other white people so far have been stupid morons, but maybe we'll get the wise old--nope, she's a stupid moron, too. Lets some Rando talk her into letting him drive her admittedly-stolen van. He, of course, immediately tells her to get out or he'll hurt her. He gets dragged out of the car by some other Rando who beats him up and gets in the van just after Barbara jumps into the back seat. Okay, Barbara; things aren't looking good for you.

The main characters, minus Barbara, all make their way to the military checkpoint, which is blocked by a line of soldiers who say it's closed and everyone needs to leave. No one leaves. In a normal story, the military would start shooting, chaos would ensue, and things would go bad. Nope, the Korean lady pushes through, opens the gate (it wasn't locked?) and runs full-speed into the Wild Blue Yonder. But wasn't she friends with that guy she was running around with? She didn't even look back! The rest of the people follow her lead, pushing past the soldiers and running through the checkpoint. Korean lady sprints and jumps into the van with Barbara and Rando, and they drive off into the sunset. Rose is with Spears, and Lance and Ryan are behind them. Rose says they can come with her, and Ryan says, "Thanks." in sign language. Now we know he's deaf!

This is the longest review I think I've ever written, but this show is just so bad and I needed to vent into the void. I've watched a couple more episodes, hoping it would get better, but it just got worse. This Korean lady talks to everyone like they're stupid for not understanding her when she's in the United States (presumably) and doesn't speak a word of English. For the record, I can speak Korean, so I have no trouble understanding her, but that doesn't mean I think she should be in this show. The fact that I can speak Korean irritates me even more because it's impossible to believe that a Korean her age can't speak any English. Maybe if she was 70 years old...

Classic undead series, but the making of each episode is interesting. You need to follow closely what is happening which brings some magic in the making of the series with good acting and intriguing moments. they made the expected unexpected from time to time. great series to watch if you like classic zombies story.

ALL REVIEWS FOR BLACK SUMMER »