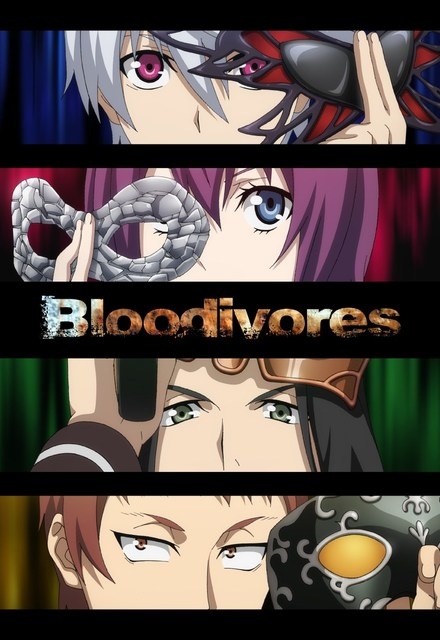 Avg Rating (0)
Your Rating
Saturdays on Crunchyroll
Tracked 16 Times
Current
1 Seasons, 7 Episodes
30 Minutes
Buy or StreamAmazonAmazon UK
Anime Japanese Anime
60 years ago, some people are suffered from strange case of insomnia that struck the population. Unable to sleep for more than a week and completely sleep deprived, these people went rage. A new medicine was produced t o cure the illness, but has a side effect where the patients are turned into vampires, which later called the "Bloodivores". They are feared by other people and wears a special necklace that gave signal to the police if Bloodivore unable to control their emotions.Mi Liu is called "child of hope" - born from a human and a Bloodivore, but when he along with his 3 friends vilified for killing all humans in the bank they robbed, they are sentenced to death. But a strange thing happened where they thrown into a mysterious place with a lot of unexplainedable monsters, along with other sentenced-to-death prisoners.
Share on:

it nothing like watching a anime for the answered you need to enjoy the series for it to end answering nothing and making you wonder why the hell you just watched it. the series has nothing that makes it merit any praise it just around. from a good company that has several titles this winter and it shows all of them were lack luster so the question is does making more titles profitable if they suck