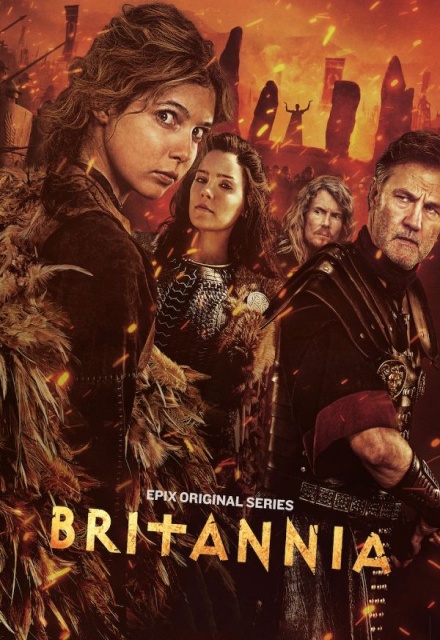 This is a an excellent example of British television drama. The writing is superb, the acting is excellent, all the subplots twist and turn but lead us down a recognizable path. It is a DRAMA not a documentary. The fact is anything to do with Druidism has to be speculation as it was part of the religion to not write anything down. There are no hidden scrolls, no secret cache of cave paintings, nada. The only written accounts were Roman or from European cultures observing Druids. The Roman accounts are not that reliable. Most were political campaign documents that had lots of detail about logistics but were highly edited to make the writer or the patron of the biographer look good to their audience. People saying "facts" were gotten wrong are just the usual critics that want to look erudite to themselves.
I highly recommend this show.

Not a totally bad show and comical at times, though i HIGHLY doubt the druids looked like how they do in this series.. lol, they look like they belong in The Magicians or some Lord of the Rings movie. Clearly this show is setting up the story for a spin-off for the little girl IF they don't do it in THIS show.. she is so obviously going to be called Boudicca (Boadicea or Buddug) when she finally gets given her name as she didn't get it in the ceremony.

Well we finally learned her name, seems my thought that the writers were going to take this down the route of Boadicea's story was.. well, wrong, instead they turned season 2 into a very comical biblical mess clearly drawing off bible stories. Starts strong and has some interesting characters. Unfortunately, the story slows down quite fast and also gets sidetracked a lot with boring and unimportant side stories and characters. I skipped a lot, because those storylines couldn´t really hold my interest. I am always up for any kind of historical/fantasy shows, but sorry to say this one coudln´t convince me. It is watchable, but don´t expect too much. yes, is a good serie...some mistakes in the script but still can get 4 stars